In a move apparently designed to exploit the enormous political divisions in Libya, the Speaker of Libya's House of Representatives, Aguila Saleh, will be visiting Athens on December 12. 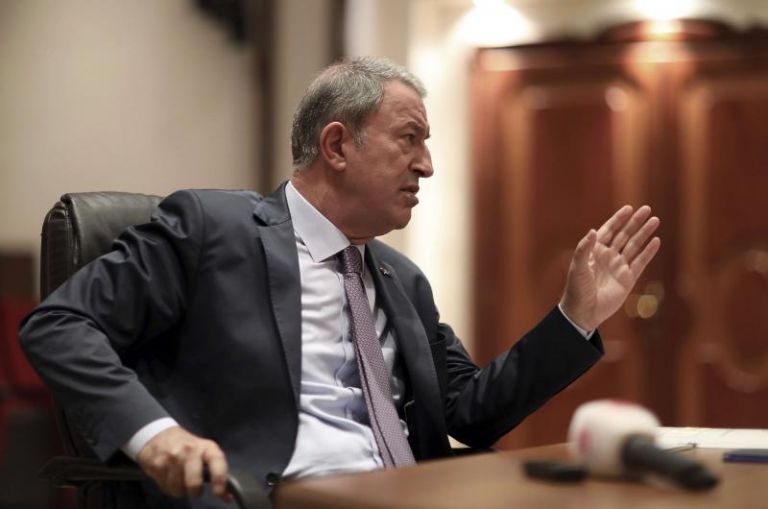 Although successive Greek governments and the military for decades have been aware of Ankara's objective of splitting half-and-half the underwater wealth in hydrocarbons in the Aegean and the Eastern Mediterranean with Greece and now with the Republic of Cyprus, Turkey has never expressed its agenda directly at the highest levels.

That has ben patently obvious for years from the course of Turkish warplanes and the activity of Turkish ships even in Greek territorial waters, with a frigate going as far as Cape Sounio.

Yet, never hads such a high-level official as Defence Minister Hulusi Akar articulated Turkey's demands so openly and directly.

For Greece, any thoughts of "co-administratiom" in the Aegean has been anathema as it presupposes Greece ceding its sovereign rights as detailed by the UN's 1982 Law of the Sea Convention (Montego Bay), which stipulates that islands have a continental shelf and Exclusive Economic Zone (EEZ).

The Libya factor
In the interim, a bilateral Memorandum of Understanding between Turkey and the government of Tripoli, Libya (which essentially controls only the capital) has raised strong concerns internationally . The agreement has been ratified by the Turkish and Tripoli governments.

Rarely has a regional diplomatic move triggered the denunciation of so many varied and competing powers.

The US, Russia, France, Cyprus, Israel, and most recently Italy have all underlined tha the move is a serious threat to regional stability and some have come out clearly in defence of Greek rights under international law.

In response, Athens expelled the Libyan ambassador to Greece.

For Greece, the move is of vital interest as the map prodcuced by the MOU signatories essentially expropriates large chunks of Greece's EEZ, from Kastelorizo to Crete, all in order to suposedly show that Turkey and Libya have a comon maritime border.

In a move apparently designed to exploit the enormous political divisions in Libya, the Speaker of Libya's House of Representatives, Aguila Saleh, will be visiting Athens on December 12. He rejects the Turkey-Libya MOU as null and void and declares that the two countries do not have a common maritime border.

Aside from its two drills iillegally exploloring Cyprus EEZ, Ankara is reportedly mulling the prospect of sending a third drill to Crete
While military and political officials in Greece have repeatedly stressed that not an inch of Greek territory will be ceded, Athens at the same time chosen to exhaust possibilities through the path of diplomacy.

Diplomatic War
PM Kyriakos Mitsotakis is attempting to forge a broad diplomatic front that supports Greece's legal rights. Some, like France and Italy, have vested interests as they have acquired from the Republic of Cyprus drilling rights in Cyprus'EEZ which Turkey challenges.
The aim is to to completely isolate Ankara diplomatically

Athens has raised the issue of Turkey's illegal activity in the Eastern Mediterranean and the Aegean in Nato and Mitsotakis will seek further solidarity at an EU summit on December 13-14.

The EU has repeatedly condemned Turkey's illegal activities, but that has not impeded Turkey from decisively implementing its plans in an effort to create a de facto situation in the areas it claims.

Turkish Defence Minister Hulusi Akar, who immediately before his appointment was Chairman of the Joint Chiefs of Staff, indicated that nothing can obstruct Turkey from pursuing its aims,

"The activity for the protection of our rights and interests in the Aegean, Eastern Mediterranean, and Cyprus is proceeding decisively," the Turkish defence minister said.

"The easiest thing that can be done is to divide in a just manner and in accord with the law all types of resources and wealth that exist in the Aegean, Eastern Mediterranean, and Cyprus," Turkey's state-run news agency Anadolu quoted Akar as saying.