PAOK F.C.versus XANTHI F.C without a coach for the team known as “Akrites”. How can one hold a match?

After the revelations on One Channel about the ownership links between PAOK and XANTHI, as well as the inability of the Akrites to hire a coach, everyone is wondering under what circumstances the two teams will compete on Saturday 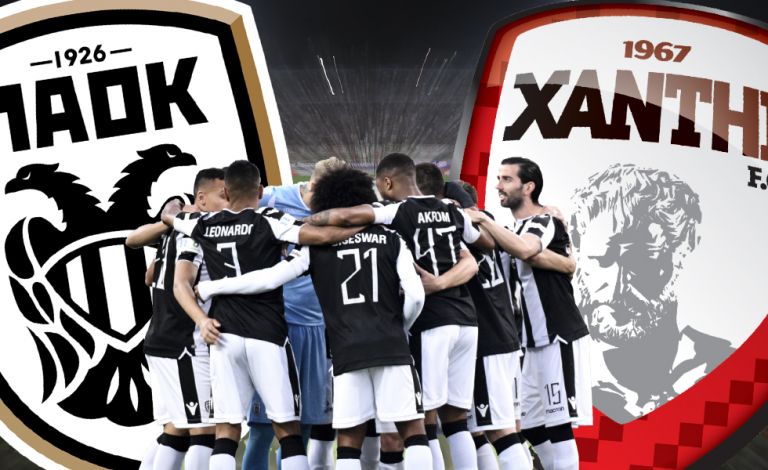 It was 25 November when Xanthi F.C. announced it was breaking its association with Kike Ramirez. The firing of the Spanish coach stirred surprise since the game performance of the team exceeded expectations, substantially double in the match with AEK and Panathinaikos, and they were in the top spot in ranking.

Why would one fire a coach who performed better than expected. The will of the “great one” is unknown, unless one believe that Xanthi will ply the championship course and faced unexpected threats in pursuing the title.

Moreover, Xanthi initially leaked that Kike Ramirez would be replaced immediately and that in the match with Atromitos F.C at Pigadia on Sunday, 1 December, it would have a new coach on the bench.

However, during the week the scenario changed and they faced off with Atromitos with a dual caretaker technical team– Kilisi-Sideris, and in the end it prevailed with a score of 1-0.

Now, ahead of the match with Paok on Saturday, 7 December, in Toumba, it will be interesting to see what Xanthi’s people will do. Will they hire a replacement for Kike Ramirez or will they wait to go to Thessaloniki with Koltsis-Sideris.

Naturally, the answer is of greater significance after One Channel’s revelations about the ownership links between Xanthi and PAOK.

The documents that were presented prove the ties of Ivan Savvidis with the Akrites, and undoubtedly questions will be raised sbout the Toumba match.

Even the less suspicious will reasonably think that Xanthi’s people will allow the game against the opponent, which belongs to the businessman who is paying them, and will not risk doing them harm in the game.

They will hire their coach next week, after the current rough patch.

Still, even if a new coach takes over Xanthi, with the evidence aired by One Channel he will not know by whom he is being paid.

Will he dare to bring out a competitive team of ten that will pursue good results in Thessaloniki or will he operate in a state of fear and …behave himself?

There are many questions that arise at all levels. On Saturday there will be a confrontation between two teams which essentially have the same boss.

After One Channel’s expose, no one can claim that they do not know.

One wonders whethe competent officials will exhibit the same reflexes and mobilise.

One eagerly awaits the answers.

Σεισμός στην Τουρκία: Η προφητική ανάρτηση του Γεράσιμου Χουλιάρα
TANEA Team 3 Δεκεμβρίου 2019 | 19:29
Περισσότερα άρθρα για Αγγλική έκδοση
The president-elect of Greece has won people over even before assuming office Editorial: Modesty
Marinakis just dealt the final blow to the so-called ‘clean-up’ of Greek Football in front of UEFA/FIFA
The dialogue Marinakis to Grammenos: «You have been doing anything that Savvidis was telling you for such a long time and now you’ve become sensitive?»
President-elect Ekaterini Sakellaropoulou symbolises Greece’s passage to a new era with greater consensus and less toxicity Editorial: A victory for democracy
'Our country is governed by the rule of law and is a force of stability, growth, and culture' President-elect Sakellaropoulou to focus on defending rights, sovereignty
Turkey’s provocations are non-stop Editorial: Audacity
Hospitals should not be excluded from public-private partnerships Editorial: Partnerships
The government in Tripoli has said that Greece 'has nothing substantial to offer'. Haftar in Athens, Greece to veto EU approval of Libya peace deal if MOU with Turkey not canceled
The nominee has the prestige and wherewithal to serve the office in a worthy manner Editorial: Consensus
The last president who was not a politician was Christos Sartzetakis who served between 1985-1990 In historic move, Mitsotakis taps Council of State chief to serve as first woman president
Realism at all levels and in every way must be the only guide Editorial: Realism
Greece cannot be punished ad infinitum for the errors of the past Lower primary surplus targets key to Greek economic growth
Indian slaves swap life of bondage for seat in boardroom at tea plantation
Editorial NEA: Puzzle
EU resumes probe into Boeing-Embraer deal, sets new April 30 deadline