The reform of the insurance system that was attempted by the Simitis government in the nineties and drafted by Professor Yannis Spraos was rejected by very large social protests. 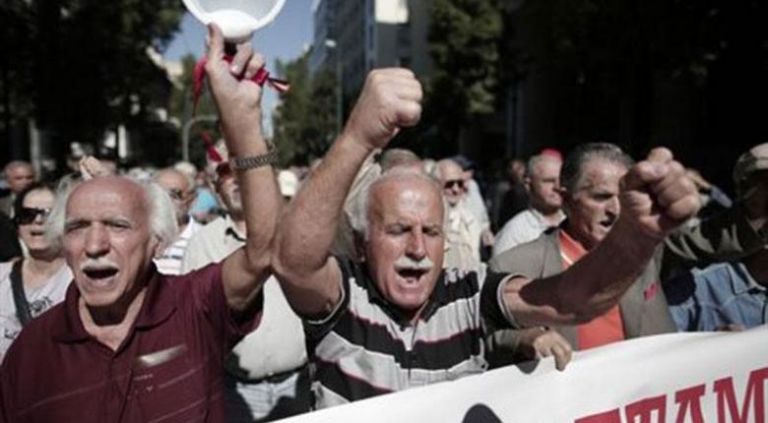 The government is proposing a new method of calculating insurance contributions which provides that the amount of contributions will determine the pension amount.

The larger the amount of the contributions the larger the pension which is a minimum of 775 euros and reaches a ceiling of 2,500 euros.

The new system will adhere to a by-analogy scheme.

One may agree or disagree with its adoption, but it should certainly be judged without taboos.

Instead, it should be judged with the knowledge that the insurance system is a time bomb that involves many factors, among which is the demographic problem, and it will explode if measures are not taken.

Experience has shown that taboos lead to very bad results. The reform of the insurance system that was attempted by the Simitis government in the nineties and drafted by Professor Yannis Spraos was rejected by very large social protests.

The government faced the opposition of citizens, political parties, and trade unions.

What was the result?  It was the adoption of measures that were much worse. A recent prime example was the passing of the insurance restructuring  plan of ex-labour minister Yorgos Katrougalos.

Any objections should be voiced with all this in mind and the knowledge that taboos often make things worse and not better.

Χαλίφα Χαφτάρ: Ποιος είναι ο στρατάρχης της Λιβύης
TANEA Team 27 Νοεμβρίου 2019 | 20:45
Δείτε επίσης
Περισσότερα άρθρα για Αγγλική έκδοση
The government in Tripoli has said that Greece 'has nothing substantial to offer'. Haftar in Athens, Greece to veto EU approval of Libya peace deal if MOU with Turkey not canceled
The nominee has the prestige and wherewithal to serve the office in a worthy manner Editorial: Consensus
The last president who was not a politician was Christos Sartzetakis who served between 1985-1990 In historic move, Mitsotakis taps Council of State chief to serve as first woman president
Realism at all levels and in every way must be the only guide Editorial: Realism
Greece cannot be punished ad infinitum for the errors of the past Lower primary surplus targets key to Greek economic growth
Indian slaves swap life of bondage for seat in boardroom at tea plantation
Editorial NEA: Puzzle
EU resumes probe into Boeing-Embraer deal, sets new April 30 deadline
Trump praises Greek economic progress at talks with Greek PM, avoids mention of Turkey, Libya
Editorial: Threats
From the signing of an agreement to its implementation the distance is never small Editorial: Message of Peace
The country that is ever more isolated is not Greece but Turkey Editorial: Advantages
The political system is facing Turkish provocations united Editorial: Unity
Editorial: A violent decade`
We often have the tendency to underestimate foreign assistance or to skew its significance Editorial: The myth