American and other pressures on Ivan Savidis 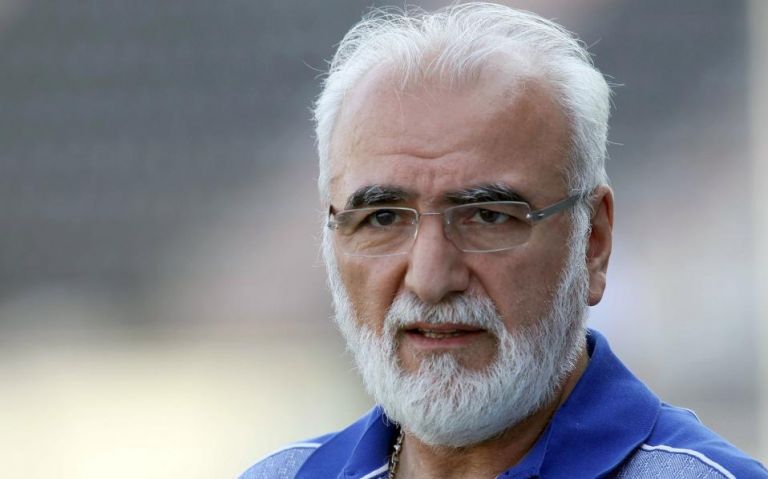 Controversy was caused when the Greek-Russian businessman Ivan Savidis started claiming a stake in the port of Thessaloniki because of the opaque nature of his actions and transactions and of his obscure relationship and dependency from the Russian oligarchic governing system. Back then his relation with SEKAP was hanging in balance and there were many rumors about him regarding the sale and trade of cigarettes.

His entire activity reminded of practices that had nothing to do with the principles and rules governing the advanced companies of the modern world. A lot of cash, chains of companies and intermediaries, deficit balance sheets and generally opacity covered most of his actions. And of course, Savidis’ enrichment is shrouded in mystery, as is the case with all Russian oligarchs. How could he become overnight from caretaker of a tobacco factory to owner of one of the biggest tobacco companies in Russia…

At that moment, when it was obvious that he wanted influence and that he was totally connected to Russia, there were many reactions and even more reservations expressed regarding the possibility that Ivan Savidis would become the owner of the strategic port of Macedonia.

Since back then the Americans had pointed out the dangers that came with a covert Russian establishment in Northern Greece, especially when panslavic visions and ideals were being revived in Putin’s country and it was obvious that Russians wanted influence in the wider region.

However, nothing prevented Ivan Savidis from having many controversial activities. At first he became affiliated with nationalistic circles and then he identified with Tsipras’ government, which he supported through his mass media, and thus he overcame the controversy.

In the end, Ivan Savidis participated in a German-French consortium which today owns 67% of Thessaloniki’s port (OLP). The Greek-Russian businessman has a 20% stake in the consortium but in essence he is the one who controls the port

As the geopolitical game has opened up at this stage, due to the recent events in the Syrian battlefield, the disputes have become more heated. The Americans feel that Greece – a strategic partner as it is officially called by the United States – is widely claimed by both Russians and Chinese.

Secure information indicate that spokesmen of the US Embassy occasionally revisit the issue and highlight the dangers of setting up informal bases in Greek territory. It is said that the port of Piraeus fell to China, Thessaloniki’s port to Russia, and that the traditional allies of the country could hardly secure their presence in the port of Alexandroupolis which is critical to Greek interests.

Thus, lately they mention again Mr Savidis’ involvement in the port of Thessaloniki, dragging up all the occasional objections to the opaque origin of capitals and its dependence on ‘motherland’ and Putin’s regime. Consequently there is an intense

American pressure on Ivan Savidis to sell his stake in the consortium that controls the port of Thessaloniki.

Lately there have been reports that the french part of the consortium is also ramping up its effort to gain a share from the Greek-Russian businessman. Ivan Savidis seems to be well aware of, and that is why he hastens often enough via the media he controls, to claim that he remains the preponder of the port and that he intends to sell only within the fund in which he participates.

Difficulties also arise in other business initiatives of his. Specifically, well-informed sources confirm that doubts are raised about how a well-known American fund recently involved in financing the Porto Carras hotel complex, will allow its sale to Ivan Savidis. Its charter does not allow the aprovement of opaque transactions that cannot authenticate the origin of the money. In any the case, the investments of the Greek businessman haul the burden of murkiness that accompanies him. At a time of international audits especially on the origin of money, any investments made by him are disputed.

Επιδότηση έως 85% για... πράσινα σπίτια - Ολο το πρόγραμμα
TANEA Team 10 Νοεμβρίου 2019 | 19:08
Share
Περισσότερα άρθρα για Αγγλική έκδοση
Olympiacos FC statement
Greece’s success in securing its interests at the EU summit shows the way Editorial: Opportunity
Ever since Syriza lost the July, 2019, elections it has appeared unable to adjust to its new role as main opposition party Editorial: Shoestrings
Why Russia? The answer is quite simple for those in the know  Hagia Sophia, Turkey, Russia and the West
Lights of hope: From Olympiacos Piraeus to the World
To continue to confront the coronavirus successfully one needs a combination of state care and individual responsibility Editorial: Time