Many do not participate in strikes either because they consider the lost wages or because they do not believe in their effectiveness as they have come to see strikes as 'just another strike day'. 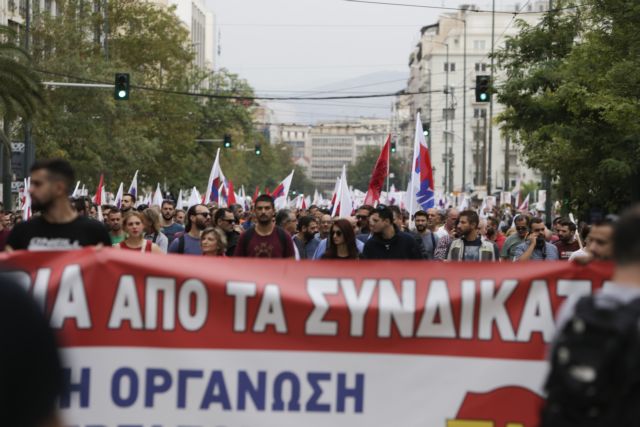 A labour strike is a sacred right that was won by workers through tough and often bloody struggles.

That is why it must not be debased.

A strike is the ultimate means to press for labour rights and for it to be effective it must be the last resort.

If labour action is taken at the drop of a hat, its value is lost and wasted and it seen as yet another strike day.

This simple principle appears to have not been understood by trade unions, which after a period of self-restraint have begun declaring one strike after another.

After the strike of the ADEDY civil servants’ umbrella union on 24 September, the country’s huge private sector umbrella union GSEE decided to declare a strike for next week.

Who does this waste of a right benefit? Certainly not labour.

Many do not participate in strikes either because they consider the lost wages or because they do not believe in their effectiveness as they have come to see strikes as “just another strike day” and nothing more.

The reason is obvious. The only thing that frequent strikes accomplish is to upset the life of the capital which has five million residents.

Strikes do not create the political earthquake that their organisers would like to see.

Can the demands of labour be met in this manner or are strikes being used to build careers in trade unionism and politics?

It is very sad for Greek labour if the latter stands true.

TANEA Team 26 Σεπτεμβρίου 2019 | 19:12
Share
Δείτε επίσης
Περισσότερα άρθρα για Αγγλική έκδοση
Editorial: Solidarity
The message to those who refuse to be vaccinated is that vaccines are necessary and secure Editorial: Readiness
A crucial parameter is whether the punishment will be proportional to the heinous crime Editorial: Strict punishment
Editorial: A calculated diplomacy
It is the duty of the government to immediately coordinate with the expert committee Editorial: Clarity
Greece's demographic problem is complex and requires political solutions Editorial: Anachronism
A businessman has the right to bar entry to his or her establishment of unvaccinated people Editorial: Reaching an understanding
Editorial: Privileges
The NATO Summit is bound to be newsworthy as it is Biden’s first Editorial: Lines
The government must ensure that the path toward modernisation will begin. Editorial: Changes
Covid free Kythnos island – 100% of the population vaccinated
Tourism minister in the Netherlands
There are strikes, like the one at the port, held just for the sake of declaring them Editorial: Conceptions
Ideally, we should fashion a new social and economic model for Greece Editorial: Model
The government must urgently undertake necessary initiatives to root out organised crime Editorial: Root out organised crime