The prime minister confirmed that he intends to have a first meeting with Turkish President Tayyip Erdogan on the sidelines of the United Nations assembly. 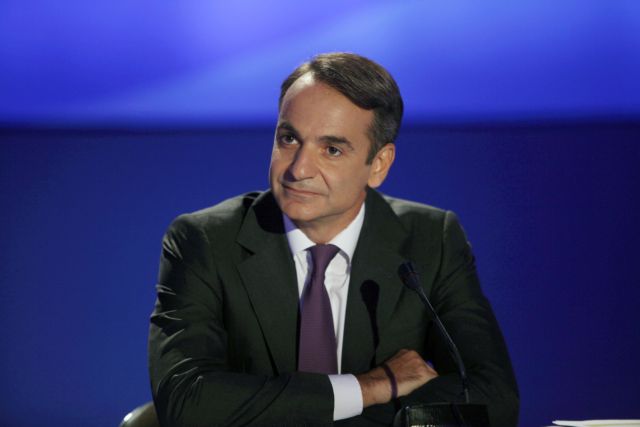 Greece will be the pleasant surprise of the Eurozone, Prime Minister Kyriakos Mitsotakis told a press conference today at at the 84th Thessaloniki International Fair (TIF).

He said that Greece will achieve its target for high growth rates and said that he did not espouse pessimistic forecasts concerning the global economy.

Mitsotakis noted that the situation inherited by his government in the economy was is not rosy but that it will be possible to implement its policies due to an over-performance in revenues during the last two months.

He maintained this demonstrates a change for the better.

Mitsotakis said the government's economic policy respects fiscal discipline and is not focused only on tax cuts but also on a strong growth through a wave of foreign and domestic investments that will create jobs.

On election law, Mitsotakis said that he did not wish to link issues relating to election law with the changes to the Constitution, noting that these were are distinct issues. He underlined that direct proportional representation is "disastrous" and that he will table a law to ensure stable  governance.

"A party with 40 pct has a right to govern," he declared.

The prime minister confirmed that he intends to have a first meeting with Turkish President Tayyip Erdogan on the sidelines of the United Nations assembly.

"If Mr. Erdogan would like to truly restart Greek-Turkish relations then he must prove this in practice," Mitsotakis said, adding that his own intention was to engage in talks "because this is the only way to find mutually acceptable solutions. We come to the negotiation with the arguments provided to us by international law, which is on our side."

Regarding Turkey's violations of sovereignty in Cyprus Exclusive Economic Zone (EEZ), Mitsotakis said that he has raised the issue at all his international meetings, but he stressed that it mainly an EU-Turkey issue.

The migration issue was also a European matter, Mitsotakis emphasised, noting that Turkey had been given a great deal of money, almost six billion euros, to assist in managing migration flows.

The government will push for a decrease of primary surplus targets but not immediately, only once Greece acquires political credibility, Mitsotakis told journalists.

Asked to respond to criticism voiced by main opposition SYRIZA that the PM had said that he would raise the issue right away and not in two years, Mitsotakis said his policy is consistent with everything he had said before the elections on this matter.

"This does not mean that I don't put this on the table during talks and explain why the surpluses are outdated," he added. High growth rates made the debt automatically more sustainable, Mitsotakis noted. "We have all the arguments for the reduction of primary surpluses on our side and we will do it," the prime minister said.

On the tax cuts that he announced on Saturday, the PM said that all the measures announced for 2020 were costed and realistic and that Greece will not be taking its EU partners by surprise.

"I would not proceed to make announcements unless the measures were fully costed," he said.

Regarding the Public Power Corporation (PPC) and the government's plan for saving it, Mitsotakis said that the company's liquidity needs to be restored and some parts of it must be sold off.

"I want PPC to be a front runner in a freed up energy market that uses renewable energy sources. We will make it profitable once more. We cannot exercise social policy via the PPC, it must be paid," he said.

Greece to request to pay off IMF loans at Eurogroup

The government intends to pay off the expensive International Monetary Fund (IMF) loans early and  Finance Minister Christos Staikouras will table the request at the Eurogroup on 13 September, Mitsotakis announced.

"We will save approximately 75 million euros a year from this action alone," he said, noting that lower interest rates facilitate the government's policy and allow Greece to borrow at better rates.

TANEA Team 8 Σεπτεμβρίου 2019 | 19:12
Share
Περισσότερα άρθρα για Αγγλική έκδοση
A businessman has the right to bar entry to his or her establishment of unvaccinated people Editorial: Reaching an understanding
Editorial: Privileges
The NATO Summit is bound to be newsworthy as it is Biden’s first Editorial: Lines
The government must ensure that the path toward modernisation will begin. Editorial: Changes
Covid free Kythnos island – 100% of the population vaccinated
Tourism minister in the Netherlands
There are strikes, like the one at the port, held just for the sake of declaring them Editorial: Conceptions
Ideally, we should fashion a new social and economic model for Greece Editorial: Model
The government must urgently undertake necessary initiatives to root out organised crime Editorial: Root out organised crime
COVID-19 vaccines and immunity: We are not among the lucky ones
Our era requires balances, seriousness, planning, and of course to defend one’s red lines Editorial: A coordinated foreign policy
The Turkish Foreign Minister confirms that the big goal is to convene a Mitsotakis – Erdogan meeting Exclusive Interview TO VIMA – Mevlut Cavusoglu: The “keys” for a solution
Fear could lead to slowing down the pace of appointments in the vaccine rollout Editorial: Choices
In our age, references to international law seem cliché or even something of a joke Editorial: Red lines of democracy
The UGS’s position on the recent statements made by Mr. Panos Laskaridis