Five years ago Greece experienced the same anxiety over a prospective exit from the European Union as the UK is today. 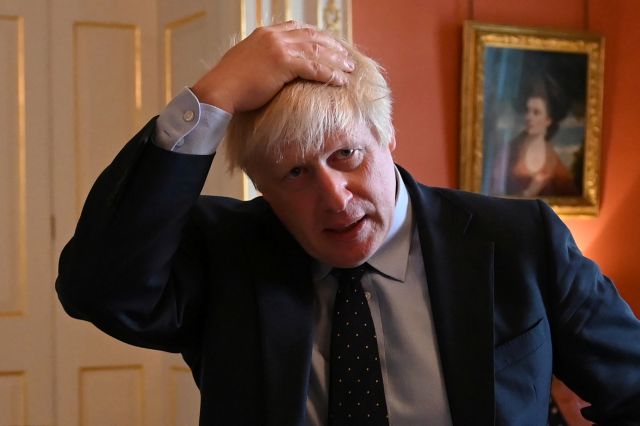 The nightmare that the UK has been going through recently is not unfamiliar in our country.

Five years ago we experienced the same anxiety over a prospective exit from the European Union.

We experienced the same divisive climate and saw politicians without measure or prudence managing the fate of an entire country.

We found ourselves one step away from falling off a cliff and we were confronted with the prospect of a disorderly Grexit.

It is an odd twist of fate that two countries which are so different experienced a similar drama due to a referendum.

The difference is that the referendum crisis and its repercussions ended swiftly in Greece due to the fact that the prime minister reversed his position and ignored citizens’ rejection of the EU bailout deal that was on offer.

In Britain, on the contrary, the crisis has festered and by all indications the prospect of an about-face which would save Britain and the EU from a major and hugely costly adventure is becoming more distant under the current prime minister.

In other words, it is possible that Britain will fall off a cliff.

No one can predict the total cost of the British PM’s blinders.

Yet one can discern his irresponsibility.

He is sacrificing the public interest on the altar of his vain ambitions.

As in the Greek case no book or film can prettify or annul reality.

One cannot persuade that blindness is light.

TANEA Team 3 Σεπτεμβρίου 2019 | 22:55
Share
Δείτε επίσης
Περισσότερα άρθρα για Αγγλική έκδοση
The message to those who refuse to be vaccinated is that vaccines are necessary and secure Editorial: Readiness
A crucial parameter is whether the punishment will be proportional to the heinous crime Editorial: Strict punishment
Editorial: A calculated diplomacy
It is the duty of the government to immediately coordinate with the expert committee Editorial: Clarity
Greece's demographic problem is complex and requires political solutions Editorial: Anachronism
A businessman has the right to bar entry to his or her establishment of unvaccinated people Editorial: Reaching an understanding
Editorial: Privileges
The NATO Summit is bound to be newsworthy as it is Biden’s first Editorial: Lines
The government must ensure that the path toward modernisation will begin. Editorial: Changes
Covid free Kythnos island – 100% of the population vaccinated
Tourism minister in the Netherlands
There are strikes, like the one at the port, held just for the sake of declaring them Editorial: Conceptions
Ideally, we should fashion a new social and economic model for Greece Editorial: Model
The government must urgently undertake necessary initiatives to root out organised crime Editorial: Root out organised crime
COVID-19 vaccines and immunity: We are not among the lucky ones