Migrant flows cannot be handled without EU authorities participating and standing by Greece and without a fair distribution of the burden among members in the asylum process. 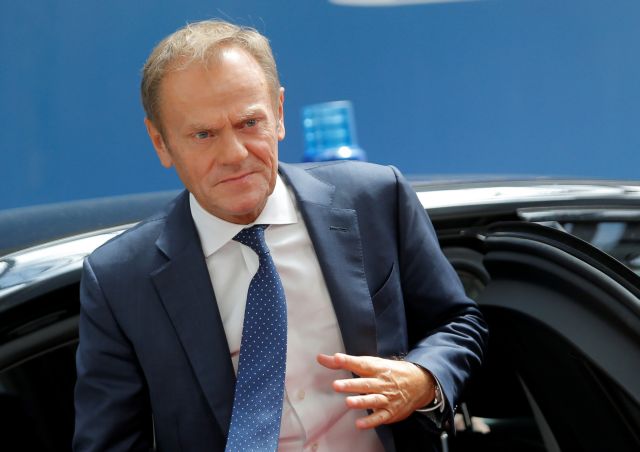 The plan for Dublin IV an outline of which Ta Nea presented today appears too good to be true.

Yet at the same time it is the most realistic for managing a problem that is again beginning to reach eplosive dimensions.

Refugee and migrant flows cannot be handled without European authorities participating and standing by Greece and without a distribution of the burden among all EU member-states in the asylum process.

Sources say that EU states which refuse to shoulder their share of the burden will be expelled from the Schengen Area.

That measure is based on the fundamental principle that EU member-states do not only have rights but also obligations – chief among them being burden-sharing based on solidarity.
The EU cannot function with internal borders or without cognizance of the fact that the EU in its entirety has common external borders.
Some EU states appear not to have understood this, especiallly the Visegrad Group, an alliance of four central European countries: Poland, Hungary, the Czech Republic and Slovakia.
Given all that, the plan for Dublin IV does not face only one problem.
It offers a lesson to those who are unreceptive to learning.

TANEA Team 2 Σεπτεμβρίου 2019 | 12:37
Share
Δείτε επίσης
Περισσότερα άρθρα για Αγγλική έκδοση
Editorial: A calculated diplomacy
It is the duty of the government to immediately coordinate with the expert committee Editorial: Clarity
Greece's demographic problem is complex and requires political solutions Editorial: Anachronism
A businessman has the right to bar entry to his or her establishment of unvaccinated people Editorial: Reaching an understanding
Editorial: Privileges
The NATO Summit is bound to be newsworthy as it is Biden’s first Editorial: Lines
The government must ensure that the path toward modernisation will begin. Editorial: Changes
Covid free Kythnos island – 100% of the population vaccinated
Tourism minister in the Netherlands
There are strikes, like the one at the port, held just for the sake of declaring them Editorial: Conceptions
Ideally, we should fashion a new social and economic model for Greece Editorial: Model
The government must urgently undertake necessary initiatives to root out organised crime Editorial: Root out organised crime
COVID-19 vaccines and immunity: We are not among the lucky ones
Our era requires balances, seriousness, planning, and of course to defend one’s red lines Editorial: A coordinated foreign policy
The Turkish Foreign Minister confirms that the big goal is to convene a Mitsotakis – Erdogan meeting Exclusive Interview TO VIMA – Mevlut Cavusoglu: The “keys” for a solution