Not only in Greece but in all countries the issue of keeping commercial shops open on Sundays has stirred intense debate. 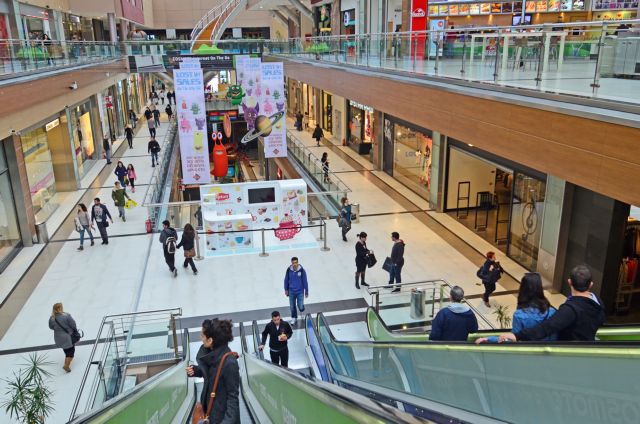 Not only in Greece but in all countries the issue of keeping commercial shops open on Sundays has stirred intense debate.

One must note if one does not see the issue through the prism of ideological fixations – either on the one side or the other – that both camps have arguments that should be heard.

It is true that measures such as this can under certain conditions boost consumption, which is a necessary condition for reviving the economy.

It is also true, however, that for small and medium-sized stores the competition with large commercial shopping malls is great and exceptionally uneven and obviously favours the other.

That means that any decision on the matter must be the result of a dialogue in which clearly the data and logic must prevail and not the zealots on both sides.

The overarching question is whether this measure will yield the projected economic benefits for the economy.
How will the rights of employees be guaranteed?

Will consumers be receptive to such a development?

According to a report in Ta Nea, the competent ministry intends to pursue a dialogue and to draft studies with projections on the results of the measure.

One can also draw useful conclusions from international experience.

What is certain is that the issue does not offer fertile ground for revolutionary salvos or for neo-liberal experiments.
The zealots must not prevail in this debate.

Παγκόσμιες συγκρούσεις αναμένει το Ρωσικό Συμβούλιο Διεθνών Σχέσεων – Τι αναφέρει σε έκθεσή του
TANEA Team 26 Αυγούστου 2019 | 16:41
Δείτε επίσης
Περισσότερα άρθρα για Αγγλική έκδοση
The president-elect of Greece has won people over even before assuming office Editorial: Modesty
Marinakis just dealt the final blow to the so-called ‘clean-up’ of Greek Football in front of UEFA/FIFA
The dialogue Marinakis to Grammenos: «You have been doing anything that Savvidis was telling you for such a long time and now you’ve become sensitive?»
President-elect Ekaterini Sakellaropoulou symbolises Greece’s passage to a new era with greater consensus and less toxicity Editorial: A victory for democracy
'Our country is governed by the rule of law and is a force of stability, growth, and culture' President-elect Sakellaropoulou to focus on defending rights, sovereignty
Turkey’s provocations are non-stop Editorial: Audacity
Hospitals should not be excluded from public-private partnerships Editorial: Partnerships
The government in Tripoli has said that Greece 'has nothing substantial to offer'. Haftar in Athens, Greece to veto EU approval of Libya peace deal if MOU with Turkey not canceled
The nominee has the prestige and wherewithal to serve the office in a worthy manner Editorial: Consensus
The last president who was not a politician was Christos Sartzetakis who served between 1985-1990 In historic move, Mitsotakis taps Council of State chief to serve as first woman president
Realism at all levels and in every way must be the only guide Editorial: Realism
Greece cannot be punished ad infinitum for the errors of the past Lower primary surplus targets key to Greek economic growth
Indian slaves swap life of bondage for seat in boardroom at tea plantation
Editorial NEA: Puzzle
EU resumes probe into Boeing-Embraer deal, sets new April 30 deadline