Emmanuel Macron's statement demonstrates the understanding that faced with a world of old and emerging super-powers Europe cannot but tread the path of solidarity and unity. 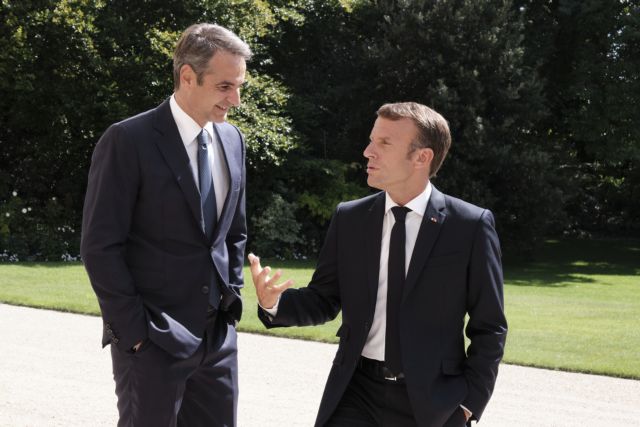 There is often a chaotic distance between words and deeds.

The words of French President Emmanuel Macron to PM Kyriakos Mitsotakis when he visited the presidential mansion in Paris bear the force of deeds.

“We are aware of the tensions Greece faces in the Eastern Mediterraean. The Eastern Mediterranean makes your country important in the region. Solidarity is required as regards Turkey’s activity in Cyprus’ Exclusive Economic Zone (EEZ). The European Union and France will not exhibit weakness on this issue,” Macron declared.

That statement does only display patently obvious support for Greece.

It displays the spirit of the founding fathers of the EU, whose members have solidarity, have no reason to maintain internal borders, and recognise that they have common external borders.

It demonstrates the understanding that faced with a world of old and emerging super-powers Europe cannot but tread the path of solidarity and unity.

Macron from the start exhibited a decisive spirit in outlining the values which the EU should have.

In this regard his speech in Pnyka under the Acropolis is historic.

One hopes that this spirit will be shared by Germany as well.

A capable leadership must be imbued with a sense responsibility and not fear.

TANEA Team 25 Αυγούστου 2019 | 21:31
Share
Δείτε επίσης
Περισσότερα άρθρα για Αγγλική έκδοση
If Syriza believes it can garner political gains with daily political transformations it is sorely mistaken Editorial: Political vertigo
Santander Consumer Finance begins activities in Greece
Evangelos Marinakis: Post-Covid Shipping and the Environment – Green Energy Investments
The US ambassador says Biden has “opened up a new vocabulary of cooperation” with Greece Pyatt see deeper US-Greece strategic ties under Biden administration
The case will be re-tried in the framework now set by the Council of State Bombshell Council of State ruling accepts state’s vaccine side-effect liability
May Day should be honoured with a single march each year Editorial: Unity
Transcending the collective crisis will require leadership and not troublemakers Editorial: Messages
After a six-month shutdown, workers in the restaurant business laid the tables Editorial: The first step
The government has repeatedly said that the existing framework is outdated Battle royal looms over government bill overhauling labour relations, limiting strike action
The labour trade union movement is an invaluable and irreplaceable weapon of workers An urgent need for the rebirth of the trade union movement
Editorial: The pendulum of American politics
The thirty-somethings rushed to be vaccinated for the sake of their families and their friends Editorial: Front-and-centre
The parliamentary vote on approval of the plan’s implementation is expected before Easter Editorial: Liquidity
Turkey is keenly aware of the fact that there is a new player on the geopolitical chessboard Editorial: A just act
Biden takes historic step to recognise Armenian Genocide