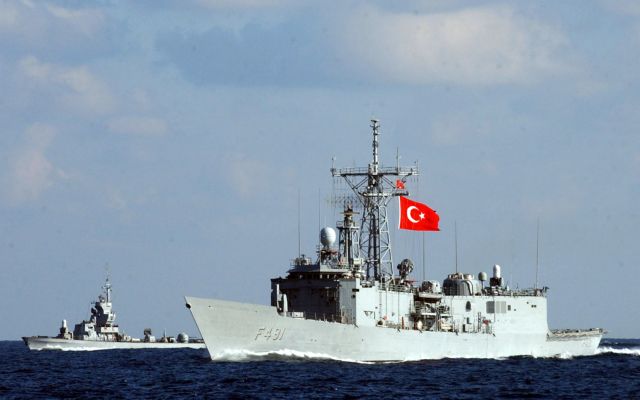 Ankara is escalating its sharp rhetoric toward Cyprus and Greece due to the dispute over energy resources in the Eastern Mediterranean, stirring heightened concerns in Nicosia, Athens, and Washington.

The Turkish foreign ministry’s 10 June announcement that in July Turkish Petroleum’s two drilling ships - “Yavuz” (Ferocious) and “Fatih” (Conqueror) - will begin drilling in the Exclusive Economic Zone (EEZ) of the Republic of Cyprus with the stated objective being protection of the rights of Turkish-Cypriots has caused heightened concerns in Nicosia and Athens.

The same day the Turkish foreign ministry issued a sharp response calling the warrants null and void and “a decision crossing the line”.

“No one should have any doubt that the necessary response will be given, in case of such insolence,” the statement read.

For the time being, Ankara has not indicated an intention to drill in blocks of Cyprus’ EEZ for which Nicosia has awarded concessions to Western oil companies (ExxonMobil, Total, Eni), but rather in other parts of the EEZ in order project its power and claims.

At the same time, Ankara is warning companies that have won concessions in tenders that it does not recognise the legitimacy of those agreements and will not permit the creation of de facto situations in areas in which it considers it has an interest and in which it is seeking co-management of Cyprus’ energy deposits and a prominent role in the energy corridors of the Easter Mediterranean.

Defence Minister Evangelos Apostolakis – an Admiral who served as Greece’s Chairman of the Joint Chiefs of Staff immediately prior to his appointment – has for quite some time been expressing his own heightened concerns.

At some point he even went as far as to warn that the military would bomb and raze any Greek islet on which Turkish commandos might land.

Apostolakis on 6 June clearly articulated Greece’s positions and concerns in talks with US Deputy Secretary of State John J. Sullivan but also in meetings with US Senators and Congressman. `

“Deputy Secretary Sullivan underscored the strategic importance of the Eastern Mediterranean and Balkans and highlighted Greece’s role as a pillar of stability and key partner in the region,” the State Department said in a readout of the meeting with Sullivan.

Defense Department: Declaration of US interests in Mediterranean

Apostolakis in talks with Acting Defense Secretary Patrick M. Shanahan at the Pentagon discussed bilateral cooperation and the full range of regional issues, as well as the roles of Russia and China.

Washington has repeatedly and publicly backed the Republic of Cyprus’ sovereign right to exploit its energy resources and grant concessions, but it remains unclear what the US military response – if any - might be in the event of a Greek-Turkish clash.

In a lengthy statement, the Defence Department clearly articulated US interests and power in the region and the crucial nature of the US-Greece military alliance.

“The U.S. military-to-military relationship with Greece — a nation considered the birthplace of democracy and the cradle of Western civilization — continues to be among the strongest in Southeast Europe. Here's why:

On a recent visit to Cyprus, Deputy Assistant Secretary of State (European and Eurasian Affairs) Matthew Palmer stressed the importance of US interests in the region and Washington’s resolve in defending them.

Palmer underlined the massive US power concentrated in the region -including 10 warships, 130 fighter jets, and about 9,000 US troops, the presence of which is not directly linked to Cyprus but which closely monitor US interests in the region.

Palmer issued yet another warning to Ankara in a 6 June interview with the state-run Cyprus News Agency.

“We’ve made clear to Turkey that we consider the actions that Turkey has undertaken in terms of its announced intentions to begin drilling as provocative and we have encouraged Turkey to stop those actions,” Palmer said. “We have done that privately, we’ve done it publicly.”

“The US strongly supports the right of Cyprus to exploit and develop its hydrocarbon resources and we believe that the proceeds from those resources should be shared equitably amongst all the people on the island within the framework of a negotiated settlement,”

There are also concerns that despite US warnings and the fact that Washington is dead set against a Greek-Turkish confrontation, Ankara may attempt to begin drilling off the shores of the tiny Greek island of Kastelorizo, which is extremely near Turkey, a move that many analysts believe will force Athens to opt for a deterrent military response.

Foreign Minister Yorgos Katrougalos expressed the conviction that neither Athens nor Ankara desire a military clash but that if the utmost caution is not exercised that could happen “by accident”.

Πακιστάν : Συγκλονιστικές μαρτυρίες για την πτώση του αεροπλάνου
TANEA Team 11 Ιουνίου 2019 | 17:20
Share
Δείτε επίσης
Περισσότερα άρθρα για Αγγλική έκδοση
Until when does Mr. Melissanidis think that he can set the ‘rules of the game’?
Greek A-team in the coronavirus battle: Mount Sinai's Antonis Charokopos
Editorial: Challenges
Ta Nea today presents the Athens Municipality plan which is daring but must also be functional Editorial: The Greek capital
Editorial: Recognition
Editorial: A lesson of life
An economic restart is inconceivable with a drop in the employment rate Editorial: Tools
Over 250,000 jobs are expected to be lost Editorial: Standing
It means mutual respect and trust between state, citizens Editorial: A new social contract
The NHS was and in many way remains the sick man of the Greek state Editorial: Pride and joy
Ambassador Op-Ed for Ta Nea The U.S. and Greece: Partners in the Pandemic and the Day After
Now there is no excuse for any delay and the pandemic proved that Editorial: Cogwheels
Editorial: Toning down the rhetoric
Editorial: Recipes
Greece makes haste slowly in lifting lockdown, re-opening of economy