Turkey’s intentions must be viewed from the vantage point of both its expansionist agenda and the desperation emanating from the state of the Turkish economy. 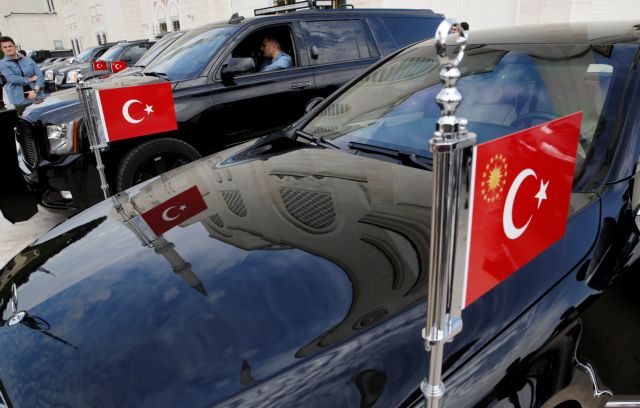 From former prime minister Costas Simitis to the US government, many international players and observers believe that nothing can preclude a military incident with Turkey by the end of summer.

The question is how can one avert such an ominous development?

How must one act to keep a reasonable concern from turning into a self-fulfilling prophecy?

There are no easy answers.

That is not only because it does not depend solely on the Greek side.

Other factors will also play a catalytic role – mainly Turkey’s intentions from the vantage point of both its expansionist agenda and the desperation emanating from the state of the Turkish economy.

In any event, Greece knows what it should not do.

Athens must not become isolated and limit the handling of the problem to the framework of a Greek-Turkish dispute.

Greece has every reason to behave as a member of the EU and Nato.

It must not allow the thorny issue of Greek-Turkish relations and national issues more generally to become election campaign issues.

What is more, the political establishment must not become so absorbed in the electoral campaign that it can be caught unawares if a difficult situation arises.

What is needed now is vigilance, preparedness, and of course composure.

Επίθεση με βιτριόλι: Μία «ανάσα» πριν τη μαυροφορεμένη οι αρχές – Νέες αποκαλύψεις
TANEA Team 11 Ιουνίου 2019 | 14:45
Share
Δείτε επίσης
Περισσότερα άρθρα για Αγγλική έκδοση
Editorial: Roles
Editorial: Opposition
French crisis measures have cost 450 bln euros, finance minister says
Euro zone bond yields steady; focus remains on recovery fund
Until when does Mr. Melissanidis think that he can set the ‘rules of the game’?
Greek A-team in the coronavirus battle: Mount Sinai's Antonis Charokopos
Editorial: Challenges
Ta Nea today presents the Athens Municipality plan which is daring but must also be functional Editorial: The Greek capital
Editorial: Recognition
Editorial: A lesson of life
An economic restart is inconceivable with a drop in the employment rate Editorial: Tools
Over 250,000 jobs are expected to be lost Editorial: Standing
It means mutual respect and trust between state, citizens Editorial: A new social contract
The NHS was and in many way remains the sick man of the Greek state Editorial: Pride and joy
Ambassador Op-Ed for Ta Nea The U.S. and Greece: Partners in the Pandemic and the Day After