Although Justice Minister Michalis Kalogirou initially defended the original version, he backed down after at least five SYRIZA MPs said that they would vote down the provision as tabled. 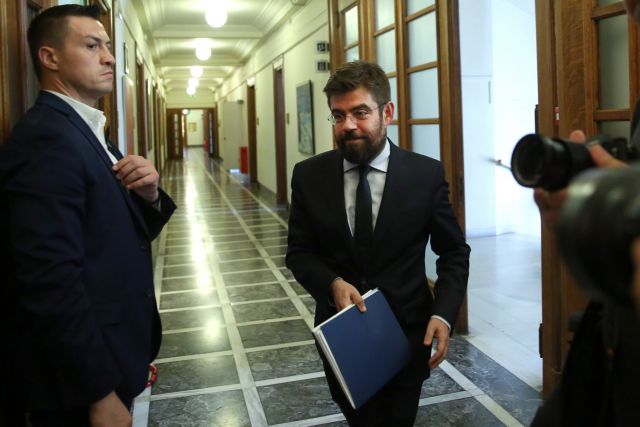 The government has decided to stiffen the charge for non-consensual intercourse, making it a felony after an outcry from civil society groups and the threat of a number of SYRIZA MPs to vote to down the new criminal code if it remained a misdemeanor.

This will be the first overhaul of the criminal code in nearly 70 years.

The original version of the provision as tabled by the government (after lengthy inter-party consultations and consensus) stipulated that only rape with a threat to life or of physical harm was a felony.

With the amendment of the relevant Criminal Code article any form of non-consensual sex is considered felony rape.

The punishment will be a mandatory ten-year prison sentence.

Although Justice Minister Michalis Kalogirou initially defended the original version, he backed down after at least five SYRIZA MPs said that they would vote down the provision as tabled.

The original version made non-consensual sex a heavy misdemeanor that carried a mandatory prison sentence of 3-5 years.

The uproar led to an emergency meeting of the competent parliamentary legal committee which made the necessary changes.

TANEA Team 6 Ιουνίου 2019 | 17:13
Share
Δείτε επίσης
Περισσότερα άρθρα για Αγγλική έκδοση
There will be more weather crises in the future Editorial: Deficiencies
This young woman heard the message of other women that preceded her Editorial: Catharsis
Balances with the Russian side are very delicate and must be maintained Editorial: Composure
'Greece is a significant and wise actor in this part of Europe' Kosovo FM Donika Gervalla–Schwarz: ‘We are not begging for recognition from Greece’
People want answers, persuasive plans, and arguments Editorial: Maturation
The pandemic and citizens’ fears regarding inflation have shocked households Metron Analysis poll: SYRIZA trails New Democracy, KINAL-PASOK skyrockets
It is imperative for the weapons programme to be implemented immediately Editorial: Arrivals
The charges of the victim garnered attention nationwide Editorial: Support
Greece is a peaceful Western country Editorial: Vigilance
Both SYRIZA and PASOK are in a transitional phase Editorial: Changes
Tsipras posts on the social media and frequently as possible Editorial: Obligations
Universities have become a sort of state within the state Editorial: Enough is enough!
Nobody for whatever reason has the right to beat a professor Editorial: Zero tolerance
The shift in America’s priorities should come as no surprise Editorial: Fluidity
We have the weapons, the experience, and obviously the collective will Editorial: Transcending the pandemic