During its four years in power the ruling party created dissatisfaction with the government’s policies in society and a loathing of the government itself. 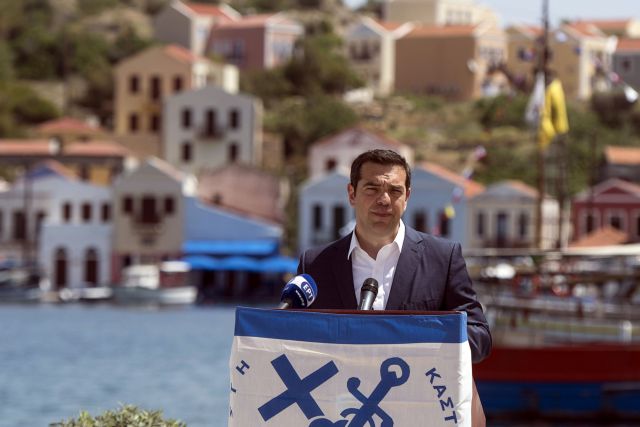 The party that was trounced in recent elections and any political party that aspires to govern should know that citizens are no longer willing to issue blank checks.

One may safely conclude that the electorate votes more to punish the outgoing government and less to reward the incoming one.

Their vote is the product of disappointment in the existing situation and not of hopes pinned on the next government.

That is precisely what SYRIZA did not comprehend four years ago.

The truth be told, SYRIZA cultivated a euphoric climate of excessive optimism which was reflected more in the result of the referendum on the third bailout memorandum and less in its general election results.

That polling difference should have been enough for the government to be able to read voters’ intentions.

Instead, it governed with the illusion that it had been given a blank check to do whatever it pleased and that in the end it would be viewed as simply having cashed the check, albeit irresponsibly.

The results became apparent four years later. The government’s madly irresponsible behaviour was rejected with a vengeance by voters.

During its four years in power the ruling party created dissatisfaction with the government’s policies in society and a loathing of the government itself.

It would be wrong, however, for any party to believe that it will not be equally loathed if it exhibits a similar moral stance and demeanour.

The era of blank checks and irresponsibility is over.

TANEA Team 4 Ιουνίου 2019 | 16:54
Share
Δείτε επίσης
Περισσότερα άρθρα για Αγγλική έκδοση
Editorial: Barbarity
In times of tensions military service is viewed as a national duty Editorial: Incentives for early military service
An emotional start in taking a position on developments in the region would be catastrophic Editorial: A measured response to Israeli-Palestinian conflict
The alternate interior minister said problems with COVID-19 self-tests will be resolved by the end of May Government poised to abolish mandatory SMD to leave home, working to solve self-test problems
If Syriza believes it can garner political gains with daily political transformations it is sorely mistaken Editorial: Political vertigo
Santander Consumer Finance begins activities in Greece
Evangelos Marinakis: Post-Covid Shipping and the Environment – Green Energy Investments
The US ambassador says Biden has “opened up a new vocabulary of cooperation” with Greece Pyatt see deeper US-Greece strategic ties under Biden administration
The case will be re-tried in the framework now set by the Council of State Bombshell Council of State ruling accepts state’s vaccine side-effect liability
May Day should be honoured with a single march each year Editorial: Unity
Transcending the collective crisis will require leadership and not troublemakers Editorial: Messages
After a six-month shutdown, workers in the restaurant business laid the tables Editorial: The first step
The government has repeatedly said that the existing framework is outdated Battle royal looms over government bill overhauling labour relations, limiting strike action
The labour trade union movement is an invaluable and irreplaceable weapon of workers An urgent need for the rebirth of the trade union movement
Editorial: The pendulum of American politics