For the first time one faces the danger that a European Parliament with enhanced powers will not be controlled by either the EPP or the Socialists, the two blocks that laid the foundations of the European edifice. 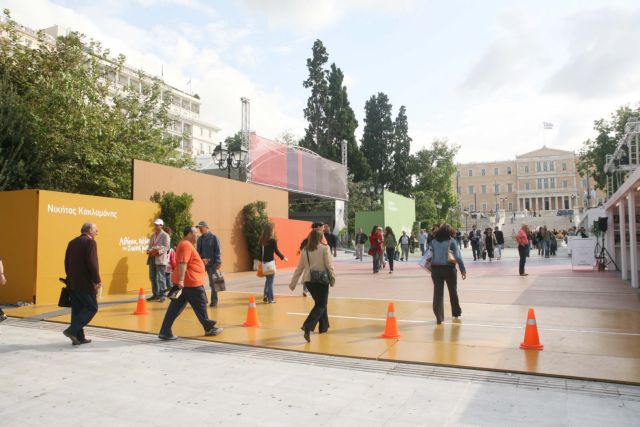 It has become commonplace in every election to speak of the crucial nature of the contest.

This year the European Parliament election on 26 May is truly critical, and despite the tinges of national politics that are always involved it will be decisive for the future of Europe.

That is patently obvious just from the fact that for the first time one faces the danger that a European Parliament that has now been given enhanced powers will not be controlled by either the conservative European People’s Party or the Socialists, the two blocks that laid the foundations of the European edifice.

That alone should be enough to mobilise all democratic citizens.

This European Parliament election is the first nationwide electoral contest in Greece in nearly four years.

That means that it will be treated as a vote on all that has occurred during this government’s tenure.

Clearly it is not merely an opinion poll as the prime minister declared in order to downplay the significance of the electoral result.

Equally obviously, it is not a yes or no in a vote of confidence regarding  the 13th annual pension and other announced benefits that the PM said it should be in an effort to corrupt the conscience of voters.

It is, however, a yes or no as regards trust in the government.

Meanwhile, one should not underestimate the importance of mayoral and prefectural elections.

The mayoral contests in Athens and Thessaloniki and in the Attica Prefecture race will be a judgment on the performance of SYRIZA’s candidates, particularly in Attica where that performance was linked to the tragedy of the deadly Mati wildfire, not without reason.

These contests will indeed have characteristics of a national election.

Consequently, the stakes in local government elections are the same as those in the European Parliament contest, and that means that things will not be the same the day after citizens have cast their ballots.

Νέες φωτογραφίες δείχνουν τον ειδικό φρουρό να απειλεί φοιτητές μέσα στην ΑΣΟΕΕ
TANEA Team 24 Μαΐου 2019 | 16:11
Δείτε επίσης
Περισσότερα άρθρα για Αγγλική έκδοση
In the economy words can help shape the climate but deeds yield results Editorial: Profile
Democracy has a duty to defend itself Editorial: Adventure
Editorial: Pillar
Editorial: Crisis
Government and opposition are skirmishing over the rubble in Mati Editorial: Duty
As it turned out Mega was too big to die Editorial: The return of Mega Channel
The government cannot address the problem of school violence on its own Editorial: Wave of violence
Job creation is the overarching aim so that society can prosper Editorial: Automatic pilot
Right now there must be delicate diplomatic manoeuvres abroad and a solid front domestically Editorial: Consensus
Editorial: Delusions
Editorial: Readiness
It seems that freedom of speech cannot be taken for granted in our country Editorial: Fascism
At last it seems that reason is prevailing over belief and superstition about vaccines Editorial: Sirens
Dialogue must continue to be a basic pillar of Greek foreign policy Editorial: Dialogue
SYRIZA links Oruc Reis incident to Turkey's disputation of Greek sovereignty over Aegean islets