If one factors in the number of impoverished workers and the army of unemployed one realises how unrealistic governmental pronouncements are regarding Greece supposedly having exited the crisis. 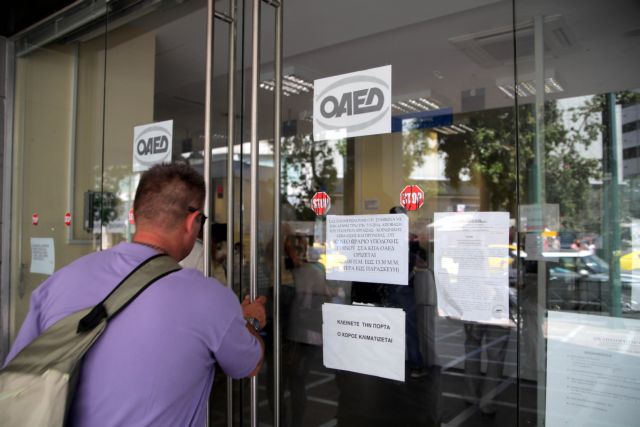 The data released by the General Confederation of Greek Workers (GSEE) on 14 May came as a shock for many.

These numbers are a harsh reality check.  The reality is that all too many households in the country are still experiencing the harsh impact of the crisis.

If one factors in the number of impoverished workers and the army of unemployed one realises how unrealistic governmental pronouncements are regarding Greece supposedly having exited the crisis and having turned a page are.

One also realises the catastrophic impact of SYRIZA forcing elections in 2015 when the country was poised to complete the second bailout memorandum.

For millions of citizens, four years were lost even as their economic dire straits were perpetuated.

These people cannot bear a political narrative that prettifies the situation. They need a government that is anchored in reality and that will work post haste to achieve economic growth, produce wealth, and create jobs.

Then and only then will one be able to see light at the end of the tunnel.

Ζέτα Δούκα: Δείτε τι έκανε μαζί με την κόρη της
TANEA Team 15 Μαΐου 2019 | 15:20
Δείτε επίσης
Περισσότερα άρθρα για Αγγλική έκδοση
Mayhem on Lesvos, Chios as hundreds of riot police clash with islanders determined to block migrant centres
In the economy words can help shape the climate but deeds yield results Editorial: Profile
Democracy has a duty to defend itself Editorial: Adventure
Editorial: Pillar
Editorial: Crisis
Government and opposition are skirmishing over the rubble in Mati Editorial: Duty
As it turned out Mega was too big to die Editorial: The return of Mega Channel
The government cannot address the problem of school violence on its own Editorial: Wave of violence
Job creation is the overarching aim so that society can prosper Editorial: Automatic pilot
Right now there must be delicate diplomatic manoeuvres abroad and a solid front domestically Editorial: Consensus
Editorial: Delusions
Editorial: Readiness
It seems that freedom of speech cannot be taken for granted in our country Editorial: Fascism
At last it seems that reason is prevailing over belief and superstition about vaccines Editorial: Sirens
Dialogue must continue to be a basic pillar of Greek foreign policy Editorial: Dialogue