For months it has been clear that sooner or later Ankara would proceed with actions aiming to ensure that it has a place on the energy map of the southern Aegean. 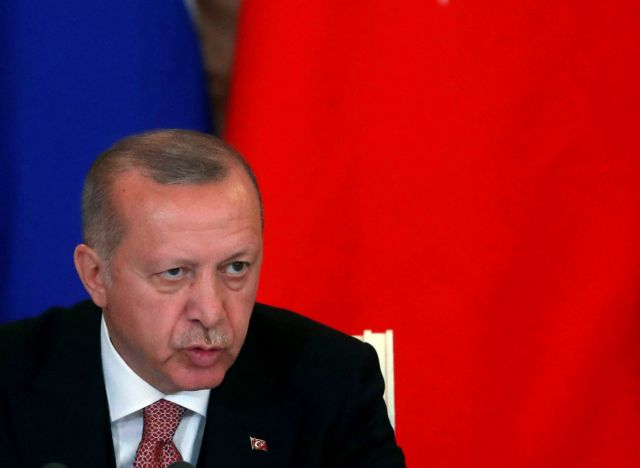 For months it has been clear that sooner or later Ankara would proceed with actions aiming to ensure that it has a place on the energy map of the southern Aegean.

That objective was self-evident for a variety of reasons, not the least of which is the fact that the Turkish economy is in dire straits and is in danger of collapsing.

The other crucial reason is Turkish President Recep Tayyip Erdogan’s ambition of establishing Turkey as a regional power.

These and other reasons lead one to the conclusion that there will be no summer respite this year. The activity of the Turkish marine seismographic surveyship “Barbaros” in the Exclusive Economic Zone (EEZ) of the Republic of Cyprus demonstrates that Ankara will yet again use provocations to achieve its goals.

Moreover, the “battle of the (S-400 Russian) missiles” in the Ankara-Moscow-Washinton triangle and Israel’s involvement in that must be factored into the equation.

In that difficult framework, Athens is obliged to exercise the utmost caution. Vigilance is not merely an option. It is an absolute necessity.

The Aegean is not simply a tourist paradise for summer visitors. In the eyes of people like Mr. Erdogan who seek to transcend their economic and political problems, it is viewed as an Eldorado – an Eldorado not with the scent of a summer suncsreen but rather of precious hydrorbons.

Guardian : «Πόλεμος» βρετανικών μέσων κατά της Μέγκαν, «λατρεία» για την Κέιτ
TANEA Team 4 Μαΐου 2019 | 22:27
Δείτε επίσης
Περισσότερα άρθρα για Αγγλική έκδοση
Hospitals should not be excluded from public-private partnerships Editorial: Partnerships
The government in Tripoli has said that Greece 'has nothing substantial to offer'. Haftar in Athens, Greece to veto EU approval of Libya peace deal if MOU with Turkey not canceled
The nominee has the prestige and wherewithal to serve the office in a worthy manner Editorial: Consensus
The last president who was not a politician was Christos Sartzetakis who served between 1985-1990 In historic move, Mitsotakis taps Council of State chief to serve as first woman president
Realism at all levels and in every way must be the only guide Editorial: Realism
Greece cannot be punished ad infinitum for the errors of the past Lower primary surplus targets key to Greek economic growth
Indian slaves swap life of bondage for seat in boardroom at tea plantation
Editorial NEA: Puzzle
EU resumes probe into Boeing-Embraer deal, sets new April 30 deadline
Trump praises Greek economic progress at talks with Greek PM, avoids mention of Turkey, Libya
Editorial: Threats
From the signing of an agreement to its implementation the distance is never small Editorial: Message of Peace
The country that is ever more isolated is not Greece but Turkey Editorial: Advantages
The political system is facing Turkish provocations united Editorial: Unity
Editorial: A violent decade`