What remains to be seen is whether the government was unaware of the murky activities and ties between SYRIZA cadres on the one hand and Artemiou and Petsitis on the other. 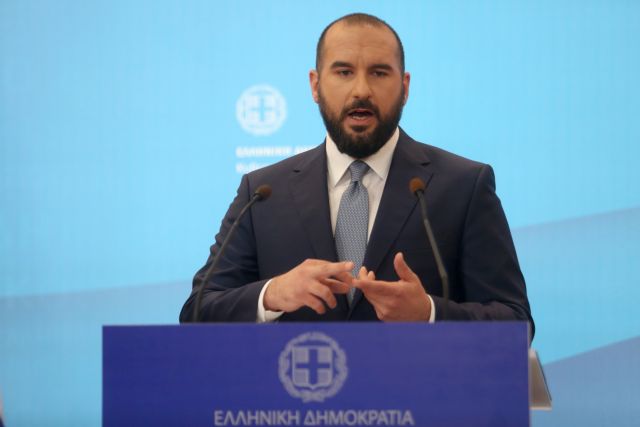 The government spokesman’s statement yesterday indicated that the PM’s office is not merely denying any link to Cypriot offshores lawyer Artemis Artemiou and Manolis Petsitis (the schoolmate of Alexis Tsipras’ right-hand-man and Digital Policy Minister Nikos Pappas acted as an intermediary for the government in certain cases).

The PM and the government are distancing themselves from Pappas himself for obvious reasons.

The PM’s office believes that the situation can spin out of control with revelations that could irrevocably expose Alexis Tsipras’ closest associate.

On the other hand, the “correction” later issued by the government allows one to suppose that Nikos Pappas did not take kindly to being hung out to dry by the government spokesman and that the revision of the statement was the result of his displeasure.

The question that arises is whether the correction was triggered solely by Pappas’ reaction or whether there was something else behind it.

There can be no doubt that this case has many dark sides and that the government wants to cover it up rather than get to the bottom of it.

What remains to be seen is whether the government was unaware of the activities and ties between SYRIZA cadres on the one hand and Artemiou and Petsitis on the other, or whether it had full knowledge.

If it was unaware, the government fears the unknown. If it knew, it can only be terrified.

TANEA Team 10 Απριλίου 2019 | 13:48
Share
Δείτε επίσης
Περισσότερα άρθρα για Αγγλική έκδοση
In times of tensions military service is viewed as a national duty Editorial: Incentives for early military service
An emotional start in taking a position on developments in the region would be catastrophic Editorial: A measured response to Israeli-Palestinian conflict
The alternate interior minister said problems with COVID-19 self-tests will be resolved by the end of May Government poised to abolish mandatory SMD to leave home, working to solve self-test problems
If Syriza believes it can garner political gains with daily political transformations it is sorely mistaken Editorial: Political vertigo
Santander Consumer Finance begins activities in Greece
Evangelos Marinakis: Post-Covid Shipping and the Environment – Green Energy Investments
The US ambassador says Biden has “opened up a new vocabulary of cooperation” with Greece Pyatt see deeper US-Greece strategic ties under Biden administration
The case will be re-tried in the framework now set by the Council of State Bombshell Council of State ruling accepts state’s vaccine side-effect liability
May Day should be honoured with a single march each year Editorial: Unity
Transcending the collective crisis will require leadership and not troublemakers Editorial: Messages
After a six-month shutdown, workers in the restaurant business laid the tables Editorial: The first step
The government has repeatedly said that the existing framework is outdated Battle royal looms over government bill overhauling labour relations, limiting strike action
The labour trade union movement is an invaluable and irreplaceable weapon of workers An urgent need for the rebirth of the trade union movement
Editorial: The pendulum of American politics
The thirty-somethings rushed to be vaccinated for the sake of their families and their friends Editorial: Front-and-centre