The political consensus needed to wage the anti-corruption battle is being destroyed, and that in itself is a first-class scandal. 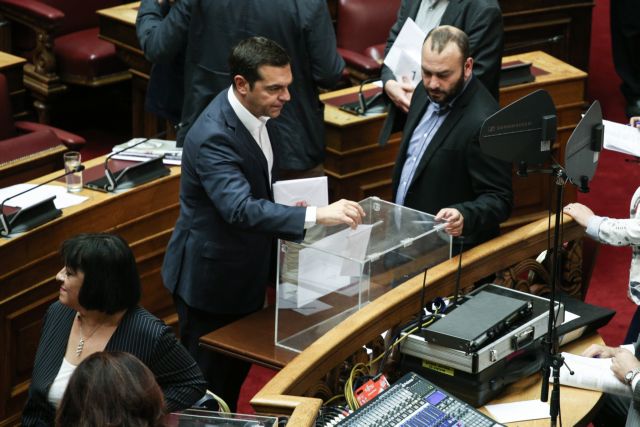 At first the Novartis case was advertised as the biggest scandal since the establishment of the Greek state and the justice minister advised those who were allegedly implicated to prepare their defence well.

Those statements alone bear witness to the fact that the government from the start hastened to exploit the Novartis case politically.

Hence, one is justified in viewing the affair from a political perspective and in concluding that a political conspiracy collapsed.

One can safely assume that the further probe of five of the ten politicians who were investigated serves the same political objectives.

The government is trying to keep the case in the news as a scandal even though it appears to be the biggest case of scandal-mongering of the last years.

The reasons are obvious and are related to the theory of a government minister who said that, “We have to put some people in jail (for corruption) in order to win the general election again.”

Corruption, which is alive and well in Greece as international studies indicate, cannot be combated with mudslinging. On the contrary, the battle is lost because the political environment is poisoned and division and polarisation prevail.

The political consensus needed to wage the anti-corruption battle is being destroyed, and that in itself is a first-class scandal.

TANEA Team 9 Απριλίου 2019 | 14:16
Share
Δείτε επίσης
Περισσότερα άρθρα για Αγγλική έκδοση
Editorial: Audits of politicians' wealth
Mario Draghi has a prominent position in the EU architecture Editorial: Alliance
After a certain point, the necessary caution is a matter of personal responsibility Editorial: COVID-19 and personal responsibility
Extremists still constitute a threat Editorial: Threat
A consciously responsible stance is needed Editorial: Maintaining COVID-19 alertness
The late PM Constantine Karamanlis famously said, 'We belong to the West' Editorial: Contradictions
The end of EU enhanced fiscal supervision signals the exit from the tunnel Editorial: Breakthroughs
Head of Greek Pomaks’ Association rips into Erdogan’s revisionist expansionism
All Greek governments since Andreas Papandreou's demanded the return of the Marbles Osborne: ‘Deal to be done’ on sharing Parthenon Marbles
All efforts toward a radical resolution of the refugee problem have failed Editorial: The end does not justify the means
France's centrist forces are rallying behind President Emmanuel Macron Editorial: The political centre
The Germans are returning, this time not to impose their will but to cooperate Editorial: Greece as a bridge between Western Balkans, EU
The demographic crisis must be managed swiftly Editorial: Demographic crisis
There was a Jewish presence in Thessaloniki even in antiquity, and the Apostle Paul preached in its synagogue Leon Saltiel: Glimmers of hope in battling Greek antisemitism
Investment will also play a pivotal role Editorial: The dynamic of the Greek economy