The Bank of Greece rang the alarm bells over the danger of fiscal derailment due to Greece’s Council of State rulings which deemed unconstitutional earlier pension cuts and the abolition of holiday bonuses. 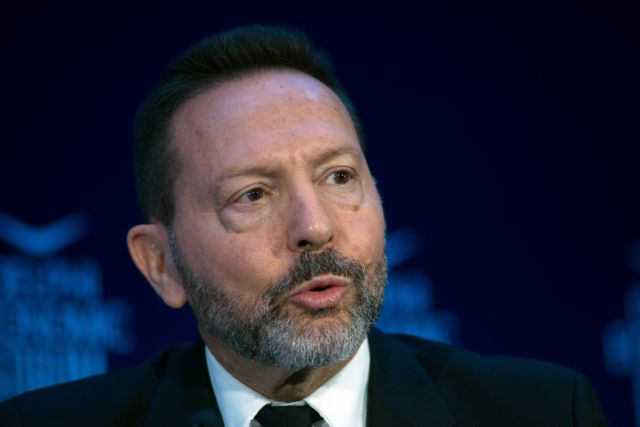 A Bank of Greece interim report issued in December, 2018, regarding the course of the Greek economy projected a growth rate of 2.3 percent for 2019, but three days later the central bank revised its projection downward as Hellenic Statistical Authority data showed that the growth rate was 1.9 percent in 2018.

The first signals about the course of the Greek and the European economy are not encouraging.

The European Commission’s winter projection was a 2.2 percent growth rate for this year.

The Bank of Greece rang the alarm bells over the danger of fiscal derailment due to Greece’s Council of State rulings which deemed unconstitutional earlier pension cuts and the abolition of holiday bonuses.

The report noted that as the electoral cycle proceeds there are greater dangers of a loosening up of reform efforts and of fiscal discipline, aggravating economic uncertainty.

“There is a present danger of reversing the important progress that has been achieved to date,” the report said.

The data of the Bank of Greece show that the exposure of Greek banks to non-performing loans (NPLs) amounts to 81.8bn euros, which is 45.4 percent of the total aggregate value of all loans at the end of December.

The report also underlines that the new framework of protecting debtors’ primary residence is a step toward re-linking Greece to the markets.

TANEA Team 1 Απριλίου 2019 | 19:56
Share
Δείτε επίσης
Περισσότερα άρθρα για Αγγλική έκδοση
Erdogan has no right to threaten and blackmail Editorial: The message
There is a danger of the war being viewed as something normal Editorial: Taking measures
Athens' objective was to avert concessions that might affect Greek interests Greece, Turkey declare their satisfaction with results of NATO summit
What is at stake is the strategic depth of the Alliance Editorial: A crucial NATO summit
European supervised drug consumption sites have been an inextricable part of drug treatment Editorial: The first step
The overturning of Roe v. Wade turns the clock back 50 years for American women. Editorial: Back and forth
Thymios' statement - “I no longer trust people.” – is a punch in the gut. Editorial: A punch in the gut
Editorial: Audits of politicians' wealth
Mario Draghi has a prominent position in the EU architecture Editorial: Alliance
After a certain point, the necessary caution is a matter of personal responsibility Editorial: COVID-19 and personal responsibility
Extremists still constitute a threat Editorial: Threat
A consciously responsible stance is needed Editorial: Maintaining COVID-19 alertness
The late PM Constantine Karamanlis famously said, 'We belong to the West' Editorial: Contradictions
The end of EU enhanced fiscal supervision signals the exit from the tunnel Editorial: Breakthroughs
Head of Greek Pomaks’ Association rips into Erdogan’s revisionist expansionism