First ever ticket with Turkish-Cypriots in Europarliament elections

Levent is the leader of the movement and he said there will be “six Cypriot candidates who speak Turkish and are citizens of the Republic of Cyprus”. 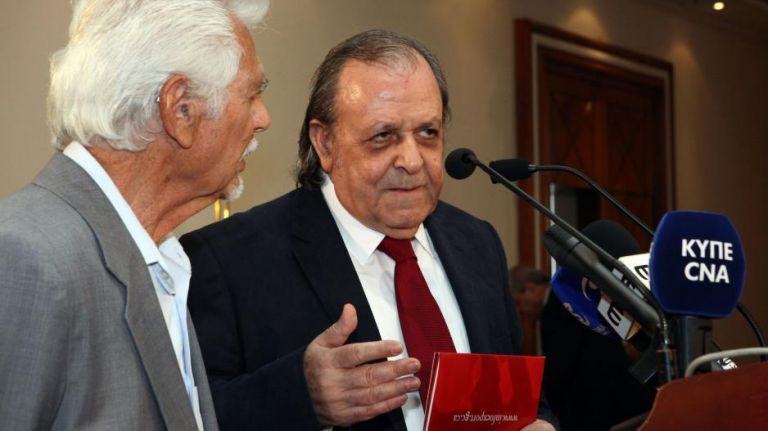 “What does a Turkish general know about the scent of jasmine at night in Nicosia?” Sener Levent (photo) the publisher of the daily Afrika and a critic of Turkish President Recep Tayyip Erdogan, once wrote in his book My country is under occupation.

One may well ask whether a single Jasmine can speak truth to an occupation regime. Can it cry out in support of a Cyprus settlement?

Levent says it can and that this was the objective behind the creation of his Jasmine Movement.

The candidates are running as citizens of the Republic of Cyprus.

Levent is the leader of the movement and he said there will be “six Cypriot candidates who speak Turkish and are citizens of the Republic of Cyprus”.

Political analyst Ibrahim Aziz, one of the Turkish-Cypriots who decided to stay in free Cyprus after the 1974 invasion and occupation of the island and was declared a wanted man by the Turkish occupation regime, will also be running on the Jasmine Movement ticket.

TANEA Team 18 Μαρτίου 2019 | 16:46
Share
Δείτε επίσης
Περισσότερα άρθρα για Αγγλική έκδοση
Ankara is laying the groundwork for a feverish and tense summer Editorial: Responding to the challenge of Turkish provocations
The new cadres are fresh faces without much experience in politics Editorial: A new generation at the helm in PASOK
The state also has a role to play and it must act quickly Editorial: Dealing with judicial delays
The US-Greece relationship is based on mutual respect Editorial: American vote of confidence in Greece
Turkey and Greece are moving in opposite directions Editorial: Turkey's dangerous games
The Ukrainians are fighting on home turf and have very high morale Dinner with Zelensky: the character of a Ukrainian hero
The PM is also mulling a substantial cabinet reshuffle Mitsotakis no longer rules out early elections, possible autumn dates floated
Editorial: A scourge at our schools
When time is of the essence, the government has a duty to act Editorial: It is high time for reforms
Mitsotakis underlined Greece’s crucial geostrategic position PM Kyriakos Mitsotakis’ historic speech to Joint Session of US Congress (full text)
A party without self-criticism and renewal cannot move forward Editorial: Political parties transforming
Greece’s role as an energy hub must be emphasised Editorial: Opportunities
Mitsotakis-Biden talks: Greek-Turkish relations, the war in Ukraine, wayward Turkey’s new role in NATO
It is not in Greece’s interest for Turkey to be isolated or humiliated Editorial: Opportunity
The Marshall Plan prioritised rebuilding export capacity How should a Marshall Plan for Ukraine work?