Greece is also a country of creativity, innovation, and productivity, of a younger generation that is champing at the bit and which can spread its wings and fly if only it is given the right opportunities. 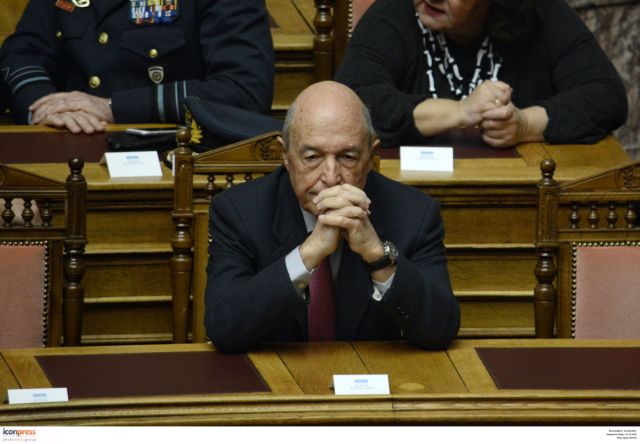 It was after the shipwreck of the Express Samina in which 81 passengers lost their lives on 26 September, 2000, that then PM Costas Simitis declared, “This is Greece.”

It was the Greece of imbecility, incompetence, and inertia which unfortunately is still with us as was evidenced in the deadly Mati wildfire.

It was also apparent with the botched handling of the construction of a Greek school in Munich. Because the Greek state did not keep its part of the bargain, the building shell of the school will be demolished and title to the land will revert to the municipality of Munich which had ceded it.

The school will not be built.

Fortunately, that is not the only face of Greece.

Greece is also a country of creativity, innovation, and productivity, of a younger generation that is champing at the bit and which can spread its wings and fly if only it is given the right opportunities and tools, if only someone from the state or the business class were to take an interest in them.

That part of Greece must not be left to its own devices. Only if it is supported and bolstered can we defeat the other Greece which does not instill pride in citizens but instead hurts and injures them and should be abandoned for the sake of both the older and younger generations.

Progress was always a collective affair, and one must not forget this as our country strives to meet the challenges of the 21st century.

TANEA Team 17 Μαρτίου 2019 | 21:23
Share
Δείτε επίσης
Περισσότερα άρθρα για Αγγλική έκδοση
In times of tensions military service is viewed as a national duty Editorial: Incentives for early military service
An emotional start in taking a position on developments in the region would be catastrophic Editorial: A measured response to Israeli-Palestinian conflict
The alternate interior minister said problems with COVID-19 self-tests will be resolved by the end of May Government poised to abolish mandatory SMD to leave home, working to solve self-test problems
If Syriza believes it can garner political gains with daily political transformations it is sorely mistaken Editorial: Political vertigo
Santander Consumer Finance begins activities in Greece
Evangelos Marinakis: Post-Covid Shipping and the Environment – Green Energy Investments
The US ambassador says Biden has “opened up a new vocabulary of cooperation” with Greece Pyatt see deeper US-Greece strategic ties under Biden administration
The case will be re-tried in the framework now set by the Council of State Bombshell Council of State ruling accepts state’s vaccine side-effect liability
May Day should be honoured with a single march each year Editorial: Unity
Transcending the collective crisis will require leadership and not troublemakers Editorial: Messages
After a six-month shutdown, workers in the restaurant business laid the tables Editorial: The first step
The government has repeatedly said that the existing framework is outdated Battle royal looms over government bill overhauling labour relations, limiting strike action
The labour trade union movement is an invaluable and irreplaceable weapon of workers An urgent need for the rebirth of the trade union movement
Editorial: The pendulum of American politics
The thirty-somethings rushed to be vaccinated for the sake of their families and their friends Editorial: Front-and-centre