'We are reacting always with prudence and strategic calm to the provocations in the Aegean. The number of violations of our national airspace and territorial waters has reached a high level.' 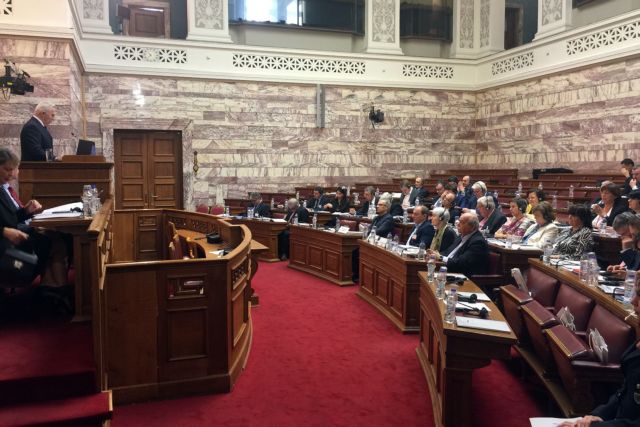 Defence Minister Evangelos Apsotolakis, the former Chairman of the Joint Chiefs of Staff, has warned of the danger of a possible accidental Greek-Turkish military clash in the Aegean and underlined that “we are making constant efforts to normalise the situation and defuse tensions”.

Addressing the Greek Parliament on the briefing of the sub-committees of the Nato Parliamentary Assembly, Apostolakis touched upon the issue of Greek-Turkish relations.

“We are reacting always with prudence and strategic calm to the provocations in the Aegean. Unfortunately, the number of violations of our national airspace and territorial waters has reached a high level,” he said.

“Despite the existence of problems and dangerous incidents in the air and at sea, which could lead to a serious accident, on our side we are making constant efforts to normalise the situation and defuse tension,” the minister underlined.

The minister went on to brief the sub-committee on his meeting with Turkish Defence Minister Hulusi Akar at which plans for the prospective confidence-building measures that were announced by PM Alexis Tsipras and Turkish President Recep Tayyip Erdogan in Ankara were discussed.

“With this rationale and based on the agreement at the recent meeting of the Greek Prime Minister and the Turkish President, we decided with my counterpart, Mr. Akar, during our meeting on the sidelines of the Nato defence ministers’ meeting, to schedule for the immediate future a meeting between the two countries’ technical teams at which actions in the framework of the confidence-building measures will be discussed. I hope that we shall soon see palpable results from the decisions we have taken, contributing in this manner to the creation of a relationship based on respect for international law,” Apostolakis said.

Asked about the level of military expenditures and Greece’s contribution to Nato, Apostolakis said Athens is fulfiling its obligations.

“We are above the two percent level (of GDP that Nato requires member-states to spend on their armed forces). People feel that they are safe when the armed forces are strong. Greece does not seek war and pursues peace, and peace presupposes a strong Greece. Our efforts are geared to maintaining peace with a provocative country which demands things that do not belong to her and violates our airspace on a daily basis,” Apostolakis stressed.