Critics say the Prespa Agreement leaves plenty of room for misinterpretation and exploitation by forces which wish to stir problems and push for the recognition of a “Macedonian minority in Greece”. 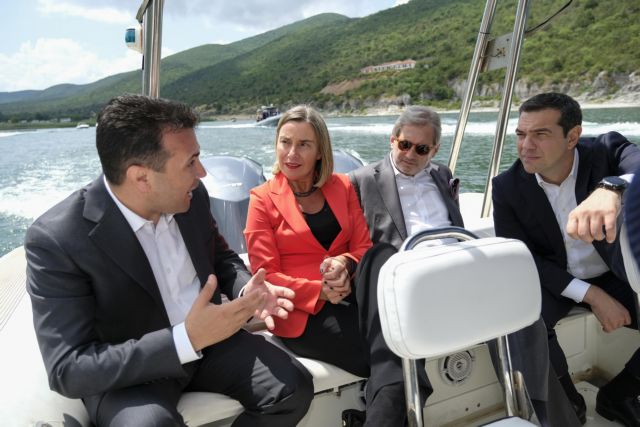 Opponents of the Greece-North Macedonian Prespa Agreement are up in arms about press reports by both the BBC and now the Russian state-run new service Sputnik that use interviews with Greeks of Slavo-Macedonian descent who speak about the existence of a minority in the Greek province of Macedonia and about state discrimination.

They say that the agreement concluded by PM Alexis Tsipras and North Macedonia’s Prime Minister Zoran Zaev leaves plenty of room for misinterpretation and exploitation by forces which wish to stir problems and push for the recognition of a “Macedonian minority in Greece”.

While the Greek government’s intention was for the agreement to limit or totally eradicate the historical irredentism of North Macedonia, critics now say that Athens’ recognition of a Macedonian language and nationality may be a prelude for a push for recognition of a “Macedonian minority” in Greece and in due course for autonomy.

The 24 February BBC report refers to suppression of the Slavo-Macedonian language by the Greek state, and led to a strongly worded letter to the BBC by Greece’s Ambassador to London. The report acknowledged that a Slav-Macedonian identity emerged in the late 19th century amidst conflicting geopolitical rivalries between Balkan states.

At the same time, the government of North Macedonia sent the UN a note verbale regarding how Skopje intends to introduce the country’s new name and clarified what one will call individuals, services, products, and institutions.

In Athens, the Russian state-run Sputnik’s report was viewed as the next stage in Moscow’s fervent opposition to the Prespa Agreement and to North Macedonia’s admission to Nato, with an effort to stir tensions in northern Greece with a push for recognition of a Slavo-Macedonian minority.

After the Prespa Agreement was signed, the Greek government expelled two Russian diplomats and banned the entry of two more over alleged efforts to foment opposition to the agreement in Northern Greece.

Sputnik’s report features a lengthy interview with Pavlos Voskopoulos, a co-founder of the Florina-based Slavo-Macedonian Rainbow party which received fewer than 5,000 votes in the 2009 general election.

In the interview, Voskopoulos compares the Slavo-Macedonians to the Jews in Germany in the 1930’s and the Greek government with the Nazi regime.

The story asserted that there are 500 villages where the “Macedonian” language is spoken, from Kastoria to Drama and from Naousa to Veria, and that in the Prespa Agreement Greece recognises the existence of a Macedonian language, which it never did in nearly a century.

Voskopoulos expressed the demand that the “Macedonian” language be taught in Greek schools. He avoids mentioning how many Greek citizens are Slavo-Macedonian speakers.