Editorial: Bringing grist to the mill 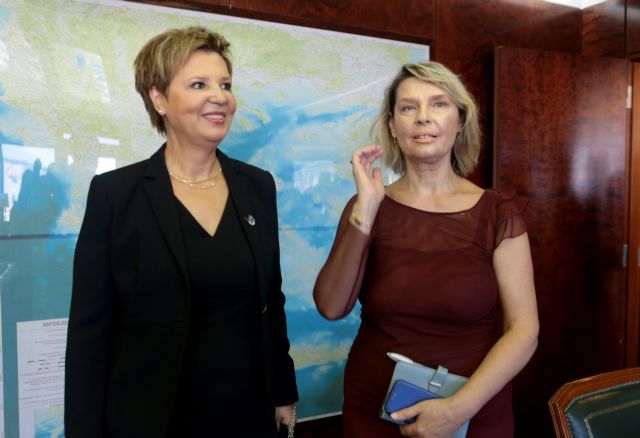 It was just three days ago that the deputy Citizen’s Protection Minister declared that “the state has zero tolerance” for the actions of the anarchist group Rouvikonas.

Just yesterday, the group once again displayed its nihilistic practices by attacking and smashing the windows of a department store on Pireos Street.

Does the deputy minister stick by her statement? Does her zero tolerance permit acts of violence against commercial businesses and the diplomatic missions of foreign countries in Athens?

The deputy Citizen’s Protection Minister has been the target of the ironic remarks of members of the group. There is no reason for her to bring grist to their mill.

On the contrary, there is reason for her to work with her possibly more restrained but equally ineffective supervising minister and with state organs to root out a phenomenon that disturbs the public peace and exposes the country internationally.

There are tools to combat such phenomena, but political will cannot be limited to vacuous declarations.

Greek society just as societies around the world faces a host of problems. However, nothing justifies violence on the part of self-appointed judges who purport to take on the role of punishers.

The first people who must make this basic principle clear are those entrusted with protecting life and property, but this cannot be done with communications-oriented pronouncements.

TANEA Team 25 Φεβρουαρίου 2019 | 13:13
Share
Δείτε επίσης
Περισσότερα άρθρα για Αγγλική έκδοση
The overturning of Roe v. Wade turns the clock back 50 years for American women. Editorial: Back and forth
Thymios' statement - “I no longer trust people.” – is a punch in the gut. Editorial: A punch in the gut
Editorial: Audits of politicians' wealth
Mario Draghi has a prominent position in the EU architecture Editorial: Alliance
After a certain point, the necessary caution is a matter of personal responsibility Editorial: COVID-19 and personal responsibility
Extremists still constitute a threat Editorial: Threat
A consciously responsible stance is needed Editorial: Maintaining COVID-19 alertness
The late PM Constantine Karamanlis famously said, 'We belong to the West' Editorial: Contradictions
The end of EU enhanced fiscal supervision signals the exit from the tunnel Editorial: Breakthroughs
Head of Greek Pomaks’ Association rips into Erdogan’s revisionist expansionism
All Greek governments since Andreas Papandreou's demanded the return of the Marbles Osborne: ‘Deal to be done’ on sharing Parthenon Marbles
All efforts toward a radical resolution of the refugee problem have failed Editorial: The end does not justify the means
France's centrist forces are rallying behind President Emmanuel Macron Editorial: The political centre
The Germans are returning, this time not to impose their will but to cooperate Editorial: Greece as a bridge between Western Balkans, EU
The demographic crisis must be managed swiftly Editorial: Demographic crisis