ΜEGA Γεγονότα σε 1' Ζωή & Τέχνες Υγεία Γυναίκα Παιδί Πρόσωπα & Ιστορίες Συνεντεύξεις Auto Νέα Σκίτσα Info graphics Media Market
tanea.gr > Inbox > Pireaus Mayor Moralis outlines accomplishments, thanks Marinakis
'We had the support of Olympiacos FC, which I would like to thank for its assistance in the work of the municipality'

'Over the last four-and-a-half years, we have exerted great efforts to upgrade the Second Municipal Community, the centre of Piraeus.  It is an area that has been substantial burdened by the Metro and tram works that are being carried out by the central government,' the mayor said. 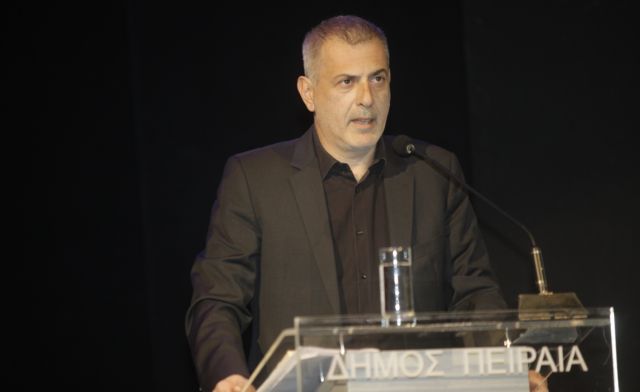 Amidst feverish preparations for the Piraeus mayor election in May, Mayor Yannis Moralis outlined the major public works in the Piraeus city centre that have been completed during his term in a post on his personal Facebook account wall.

Moralis noted in particular the remodeling of public squares, pedestrian streets, the resurfacing of roads, playgrounds, and renovated athletic spaces, even as he highlighted problems that have arisen due to government policies and actions.

Moralis extolled the great contribution of shipowner Vangelis Marinakis who funded the remodeling of Alexandras Square, and in particular he thanked Olympiacos FC for its steadfast assistance in the work of the municipality.

The Facebook post was accompanied by a video that documented the progress of municipal projects and the positive changes that these have brought to the daily life of the residents of Piraeus.

The text of Piraeus Mayor Yannis Moralis’ post is as follows:

“Over the last four-and-a-half years, we have exerted great efforts to upgrade the Second Municipal Community, the centre of Piraeus.  It is an area that has been substantial burdened by the Metro and tram works that are being carried out by the central government.”

“We have remodeled the Kanari and Alexandras central squares, the Sotiros Dios commercial street, and the pedestrian Paleologou and Nikita Streets. We proceeded with the resurfacing and renewal of pedestrian streets in various parts of the city such as the port (Akti Posidonos, Kapodistriou, Leoharous, Navarinou, and Aristedou). We reconstructed five playgrounds in the area and created a new playground in Kanari Square so that our children can play safely, and we upgraded small and larger green spaces.”

“At the same time, we tried to improve the aesthetic image of the city with interventions around the Metro construction sites. We have covered with banners the facades of abandoned buildings, the former Ralleio School, the Silo, and the Halari property which has been listed for preservation, which are being repaired due to the wear.”

“We are also installing 31 new benches on the waterfront at Zea.  We are proceeding with the reconstruction of the athletic facilities of OPAN (the youth cultural and athletics organisation) at Votsalakia so as to offer the best possible facilities to athletes.”

“We constructed in Alexandras Square the only monument in Greece commemorating the Genocide of Pontic Greeks, with a grant from Vangelis Marinakis.”

We turned the Municipal Theatre of Piraeus into a point of reference in the country’s cultural life. Moreover, we upgraded the Troumba area, making it attractive for residents and visitors.

In some of these interventions, we had the support of Olympiacos FC, which I would like to thank for its assistance in the work of the municipality.  Certainly, there is much more to be done.”

“The Second Community is an area of particular importance. Aside from residents, merchants, businessmen, and people who work in Piraeus, it is a transit point for everyone traveling to the islands, including tourists and visitors. It is, one might say, the storefront window of Piraeus, and so it is natural that we would all be concerned with its image.”