It is impermissible for partisan criteria to take precedence over the need of the whole of society to meet the challenges of our era. 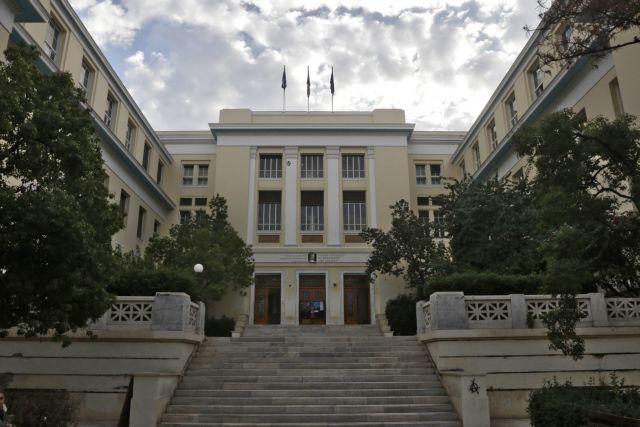 One can understand SYRIZA’s need to remain faithful to an agenda that reminds one that it is not merely populist party, but also left-wing.

That does not mean, however, that one must accept the ruling party’s need being met at the expense of society and its progress.

It is impermissible for partisan criteria to take precedence over the need of the whole of society to meet the challenges of our era instead of remaining bound by the fixed ideas of a bygone era.

One such fixation is SYRIZA’s stubborn refusal to revise Article 16 of the Constitution, which forbids the founding of non-state universities.

The country has the maturity and capability to establish a non-state, not-for-profit university which could at once stem the exodus of Greek students who leave the country to study at foreign universities and attract foreign students to study in Greece.

SYRIZA is choosing to block what is a given in almost the entire world. It does so despite the fact that the majority of Greeks and most of the country’s political parties support the establishment of private, nonprofit universities.

One should note that the proposal to allow the establishment of non-state universities is supported by both the centre-right and the centre-left.

Consequently, the opportunity provided by the constitutional amendment process that has begun should not be lost.

It would be a pity to have to wait another decade, which is when the next constitutional revision can take place, for our country to acquire non-state universities and more centres of knowledge, research, and the exchange of ideas.

TANEA Team 15 Φεβρουαρίου 2019 | 19:20
Share
Δείτε επίσης
Περισσότερα άρθρα για Αγγλική έκδοση
In times of tensions military service is viewed as a national duty Editorial: Incentives for early military service
An emotional start in taking a position on developments in the region would be catastrophic Editorial: A measured response to Israeli-Palestinian conflict
The alternate interior minister said problems with COVID-19 self-tests will be resolved by the end of May Government poised to abolish mandatory SMD to leave home, working to solve self-test problems
If Syriza believes it can garner political gains with daily political transformations it is sorely mistaken Editorial: Political vertigo
Santander Consumer Finance begins activities in Greece
Evangelos Marinakis: Post-Covid Shipping and the Environment – Green Energy Investments
The US ambassador says Biden has “opened up a new vocabulary of cooperation” with Greece Pyatt see deeper US-Greece strategic ties under Biden administration
The case will be re-tried in the framework now set by the Council of State Bombshell Council of State ruling accepts state’s vaccine side-effect liability
May Day should be honoured with a single march each year Editorial: Unity
Transcending the collective crisis will require leadership and not troublemakers Editorial: Messages
After a six-month shutdown, workers in the restaurant business laid the tables Editorial: The first step
The government has repeatedly said that the existing framework is outdated Battle royal looms over government bill overhauling labour relations, limiting strike action
The labour trade union movement is an invaluable and irreplaceable weapon of workers An urgent need for the rebirth of the trade union movement
Editorial: The pendulum of American politics
The thirty-somethings rushed to be vaccinated for the sake of their families and their friends Editorial: Front-and-centre