Instead of confronting the burning issue of non-performing loans in a drastic manner, the government is testing the limits of the system with its policies 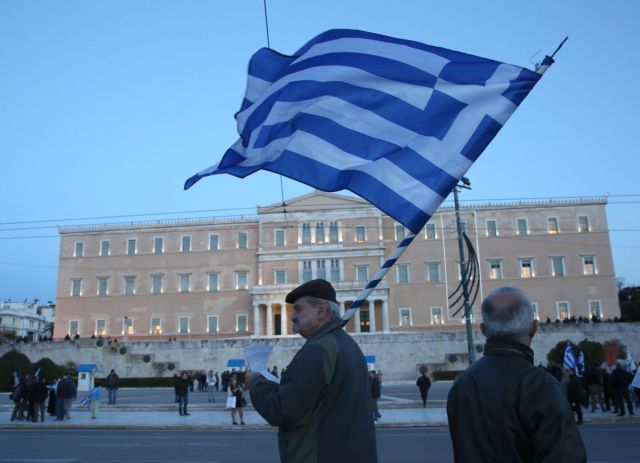 If there is one lesson the government should have learned over the four years it has been in office is that the banking system is not the place for populist experiments.

It should have realised that banks are not voracious bankers and handsomely paid golden boys, but rather small and larger deposits. It is for them that one must jealously guard the banking system.

Secondly, a healthy banking system is a precondition for economic growth. The banking system is one of the basic pillars of the market economy. Banks which are overburdened by non-performing loans have a limited lending capacity. That means that the circulation of money becomes difficult. This is money that businesses need to grow and to thereby create new jobs.

Unfortunately, the ills of the past have not become a lesson. The banking system took a blow in the first half of 2015 which was sealed by the closing of Greek banks and the impositon of capital controls.

The shock was so powerful that banks lost a substantial portion of their share value. They were saved only thanks to the recapitalisation – the third such in a few years.

Despite this bitter experience, the government seems to be playing with fire again. Instead of confronting the burning issue of non-performing loans in a drastic manner, it is testing the limits of the system with its policies.

Once again, the government is overlooking the fact that it is the taxpayer who always pays the piper in the end.

Παγκόσμιες συγκρούσεις αναμένει το Ρωσικό Συμβούλιο Διεθνών Σχέσεων – Τι αναφέρει σε έκθεσή του
TANEA Team 9 Φεβρουαρίου 2019 | 23:39
Δείτε επίσης
Περισσότερα άρθρα για Αγγλική έκδοση
The president-elect of Greece has won people over even before assuming office Editorial: Modesty
Marinakis just dealt the final blow to the so-called ‘clean-up’ of Greek Football in front of UEFA/FIFA
The dialogue Marinakis to Grammenos: «You have been doing anything that Savvidis was telling you for such a long time and now you’ve become sensitive?»
President-elect Ekaterini Sakellaropoulou symbolises Greece’s passage to a new era with greater consensus and less toxicity Editorial: A victory for democracy
'Our country is governed by the rule of law and is a force of stability, growth, and culture' President-elect Sakellaropoulou to focus on defending rights, sovereignty
Turkey’s provocations are non-stop Editorial: Audacity
Hospitals should not be excluded from public-private partnerships Editorial: Partnerships
The government in Tripoli has said that Greece 'has nothing substantial to offer'. Haftar in Athens, Greece to veto EU approval of Libya peace deal if MOU with Turkey not canceled
The nominee has the prestige and wherewithal to serve the office in a worthy manner Editorial: Consensus
The last president who was not a politician was Christos Sartzetakis who served between 1985-1990 In historic move, Mitsotakis taps Council of State chief to serve as first woman president
Realism at all levels and in every way must be the only guide Editorial: Realism
Greece cannot be punished ad infinitum for the errors of the past Lower primary surplus targets key to Greek economic growth
Indian slaves swap life of bondage for seat in boardroom at tea plantation
Editorial NEA: Puzzle
EU resumes probe into Boeing-Embraer deal, sets new April 30 deadline