'This may become the beginning of new ills. Unfortunately, partisan bargains and SYRIZA’s cynicism prevailed over the national interest.' 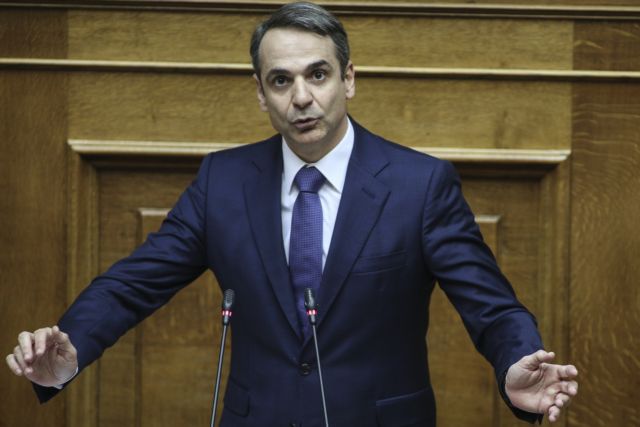 Main opposition New Democracy leader Kyriakos Mitsotakis said immediately after Parliament ratified the Greece-FYROM Prespa Accord said that this is a “difficult, sad day” for Greece and that he will work to temper the perceived negative repercussions of the agreement.

“I shall fight with all my might to temper the negative consequences that will certainly arise from a problematic agreement. Today is a difficult, sad day for Greece. The government with an opportunistic majority ratified the harmful Prespa Agreement,” he said in a statement that was broadcast.

“This ratification means official recognition of a Macedonian language and identity of the residents of Skopje (sic) for the first time by a Greek government. A decades-long national line has been abandoned. Mr. Tsipras said yes on an issue over which all of his predecessors said no. Only he knows the reasons.”

“This may become the beginning of new ills. Unfortunately, partisan bargains and SYRIZA’s cynicism prevailed over the national interest.”

Χαλίφα Χαφτάρ: Ποιος είναι ο στρατάρχης της Λιβύης
TANEA Team 25 Ιανουαρίου 2019 | 18:27
Δείτε επίσης
Περισσότερα άρθρα για Αγγλική έκδοση
The government in Tripoli has said that Greece 'has nothing substantial to offer'. Haftar in Athens, Greece to veto EU approval of Libya peace deal if MOU with Turkey not canceled
The nominee has the prestige and wherewithal to serve the office in a worthy manner Editorial: Consensus
The last president who was not a politician was Christos Sartzetakis who served between 1985-1990 In historic move, Mitsotakis taps Council of State chief to serve as first woman president
Realism at all levels and in every way must be the only guide Editorial: Realism
Greece cannot be punished ad infinitum for the errors of the past Lower primary surplus targets key to Greek economic growth
Indian slaves swap life of bondage for seat in boardroom at tea plantation
Editorial NEA: Puzzle
EU resumes probe into Boeing-Embraer deal, sets new April 30 deadline
Trump praises Greek economic progress at talks with Greek PM, avoids mention of Turkey, Libya
Editorial: Threats
From the signing of an agreement to its implementation the distance is never small Editorial: Message of Peace
The country that is ever more isolated is not Greece but Turkey Editorial: Advantages
The political system is facing Turkish provocations united Editorial: Unity
Editorial: A violent decade`
We often have the tendency to underestimate foreign assistance or to skew its significance Editorial: The myth