The discussions will begin by examining the so-called “[Louka] Katselis law”, which has until now protected debtors’ primary residences (with a strict ceiling on their levels of income and assets) from foreclosure and auction. 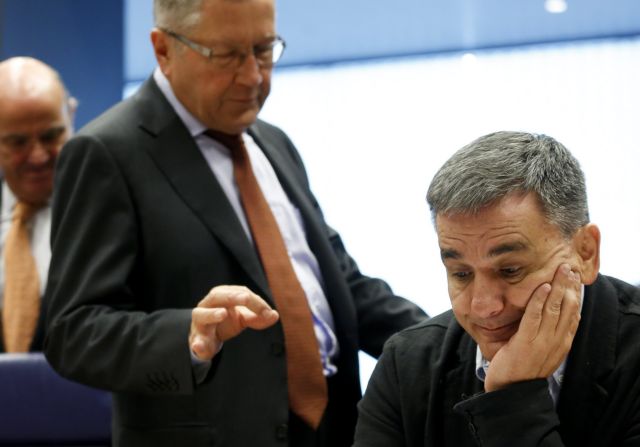 At the dawn of the New Year, the government is preparing for the second evaluation of creditors and partners following the August, 2018 official exit from the bailout period.

The visit will come after a pre-election handouts spending spree, targeting all kinds of social groups, which reached fever pitch during the Christmas holiday season, and will likely make the second evaluation much more difficult for the government, as fiscal discipline is put in question.

The first meeting at which the government’s social spending will be reviewed is the 10 January Eurogroup Working Group.

It is that meeting that will judge, in the first instance, whether Athens will receive the profits on Greek bonds accrued by the European Central Bank and member-states’ central banks (ANFAs, SMPs), amounting to about 600mn euros.

By most accounts there is a possibility that this sum, which has already been incorporated in the state budget, may not be disbursed.

In the first phase of the review, EU technocrats will assess the data. Aside from the crucial process of implementing agreed reforms, the final data from the 2018 budget will be examined, especially as regards the course of revenues and expenditures.

The discussions will begin by examining the so-called “(Louka) Katselis law”, which has until now protected debtors’ primary residences (with a strict ceiling on their levels of income and assets) from foreclosure and auction.
A two-month extension of enforcement of the law in no way implies that negotiations over this critical issue will be painless.

Greece’s creditors are reportedly demanding that Athens drastically cut the income ceiling, from the current 280,000 euros to 100,000 euros. The government is reportedly hoping to settle at 250,000 euros, but experts say that seems unrealistic given the mass of foreclosed properties that are valued under 100,000 euros.

It has often been noted that Greece’s huge primary surpluses are in large measure due to the government’s effective pay stoppage in a variety of areas, including delays of two or more years in the pension issuance process – meaning a retiree may be without an income for a protracted period.

PPC Privatisation, all about lignite

The second critical issue for creditors (including large EU nations that are the chief prospective investors) is to transcend the postponement and delay of privatisation targets, including the sale of the Public Power Corporation’s (PPC) lignite plants.

In the latter half of January, the ramifications of the government’s announced decision to hike the minimum wage (and abolish the sub-minimum wage) will be analysed.

Can rulings break the bank?

An enormous issue – a veritable Gordian Knot - with which both the government and the “institutions” must grapple in 2019 is that of judicial decisions reversing pension and wage cuts and ordering the return of cut back pay.

If enforced, these rulings could literally break the already fragile bank.

The government has said it would cut elsewhere in order to maintain the agreed 3.5% primary surplus, but given that possibly hundreds of millions of euros may be involved, that would also have a deep social and economic impact, further limiting public investment and growth prospects.