On the crucial question, “Which party will bring economic growth?” New Democracy leads ruling SYRIZA by a whopping 30 percentage points. 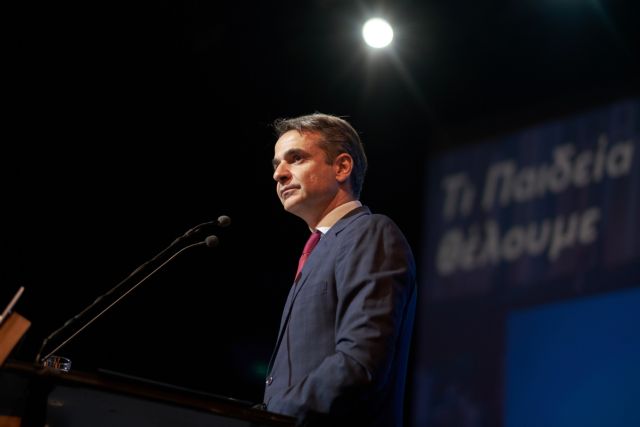 There are three basic conclusions to be drawn from the Metron Analysis poll published in Ta Nea today.
The first is that New Democracy appears to have cemented the necessary support to form a single-party government after the forthcoming general election, next year.

Main opposition New Democracy has increased its support, with the highest percentage in voter intent that it has garnered in the last three years. It is increasing the mobilisation of its electoral base.

On the crucial question, “Which party will bring economic growth?” New Democracy leads ruling SYRIZA by a whopping 30 percentage points.

The second conclusion is that SYRIZA has managed to rally a segment of voters who view themselves as left-wing and that has pushed its polling numbers up somewhat. It may have lost freelance professionals and entrepreneurs, but it has rebounded with salaried employees, the unemployed, and university students.

It is clear that pledges of handouts will continue, despite the fact that they impact negatively on investments and growth.

The third conclusion that links the two previous ones is the return of two-party predominance, which is at the highest level (65%) since 2015.

While the Movement for Change benefits from the government’s fixation with scandal-mongering, the question is how the Independent Greeks party (the junior partner in the ruling coalition), 80% of whose voters have a negative assessment of the government and the prime minister, will react.

There is quite a bit of time remaining until the scheduled time of elections, after the government completes its four-year term, in September, 2019. However, matters appear to be clearing up. Barring some major unexpected event, this peculiar hybrid government will go. It will be succeeded by a stable, liberal government which will be less concerned with undermining its opponents and more with ensuring the country’s economic growth.

Given the new realities that are emerging in Europe, Greece should serve as a beacon, and not as an example to be avoided.

TANEA Team 24 Νοεμβρίου 2018 | 20:26
Share
Δείτε επίσης
Περισσότερα άρθρα για Αγγλική έκδοση
A crucial parameter is whether the punishment will be proportional to the heinous crime Editorial: Strict punishment
Editorial: A calculated diplomacy
It is the duty of the government to immediately coordinate with the expert committee Editorial: Clarity
Greece's demographic problem is complex and requires political solutions Editorial: Anachronism
A businessman has the right to bar entry to his or her establishment of unvaccinated people Editorial: Reaching an understanding
Editorial: Privileges
The NATO Summit is bound to be newsworthy as it is Biden’s first Editorial: Lines
The government must ensure that the path toward modernisation will begin. Editorial: Changes
Covid free Kythnos island – 100% of the population vaccinated
Tourism minister in the Netherlands
There are strikes, like the one at the port, held just for the sake of declaring them Editorial: Conceptions
Ideally, we should fashion a new social and economic model for Greece Editorial: Model
The government must urgently undertake necessary initiatives to root out organised crime Editorial: Root out organised crime
COVID-19 vaccines and immunity: We are not among the lucky ones
Our era requires balances, seriousness, planning, and of course to defend one’s red lines Editorial: A coordinated foreign policy