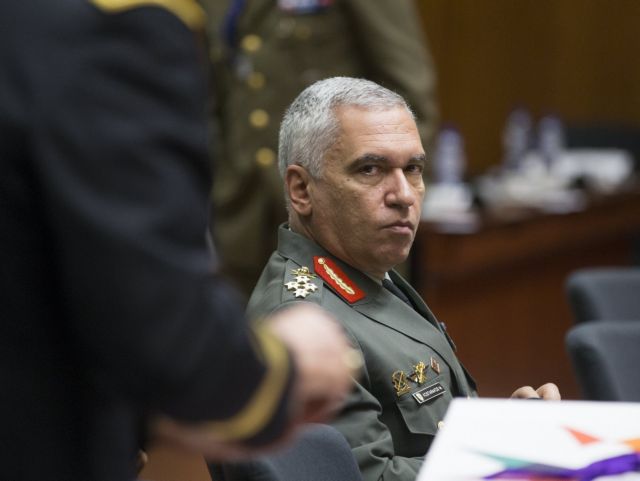 When the European Commission decides to establish a “spy academy” in Greece, what comes to mind?

It may be spies like James Bond”. Perhaps it would be John Le Carre’s The Spy Who Came in From the Cold, which was turned into a movie in 1965? Or would it be the great Greek comedian Thanassi Vegos’ film Spy Thou Vou 000?  None of the above?   Then something must be lost in translation.

The Commission has not spoken of an academy or spies, as Politico asserted. It referred to a School of Military Information or Joint EU Intelligence School (JEIS), or Permanent Structure Cooperation (PESCO).

It is a school already in operation in Kareas in the greater Athens area which is funded by the state and accepts as students military officers from other countries, which once included Libyan General Khalifa Haftar, who now controls the eastern part of his country.

Now the EU is stepping in to expand and enhance the facility.

The impressive thing about the Commission’s decisions is that the creation of a European Intelligence School based in Kareas was a Greek idea, even though the ministries of foreign affairs and defence now act as if they are not aware of the details.

The Commission took a total of 17 decisions, some of the most important of which will be undertaken by Greece. They include the creation of cyber warfare platforms, sea patrols, military mobility, a rapid development of special forces, and neutralisation of enemy drones.

The drones are also a separate category, as many European countries are preparing for a prospective threat (cyber, military, and even biological) with their use. For example, if Turkey builds an 18cm drone with a microscopic camera, how do you neutralise that?

Greece and Cyprus undertook the task of establishing the school with the assistance of other Nato member-states and European intelligence services.

The school will train military and civilian employees on how to manage military information that affects their country’s national security.

The heads of the schools will likely be a Greek in Greece and a Greek-Cypriot in Cyprus, but they will be overseen by the top brass of the European Union Military Committee, which is chaired by Italian General Claudio Graziano.

Until recently that post was held by Greek General Michalis Kostarakos, who first drafted the plan that was approved by the Commission. The project aims is to develop an EU-wide information system.

Military services in the member-states are already cooperating with intelligence services, and in some states they are already unified in situations that constitute a national threat or terrorism.

Until recently, efforts to improve EU intelligence cooperation were hindered by the UK,  which wanted to maintain the independence of MI5 in the context of the “Five Eyes” cooperation between the UK and the US, Australia, Canada, and New Zealand.

Greece will play a role in training helicopter pilots and in Special Forces operations. France and Sweden will lead the EU evaluation centre, Germany will construct a new generation of drones, and Italy will work on means of confronting enemy drones.

The Commission has approved 13mn euros in EU defence funding for the project. The fund will aim to promote innovation and allow economies of scale in defence research in the phase of industrial development and collaborative projects, especially involving small-and-medium-sized businesses.