The calibre of the Athens Polytechnic is now recognised by top American universities, such as Columbia. That is why the two universities will for the first time collaborate on the undergraduate level in order to grant joint degrees. 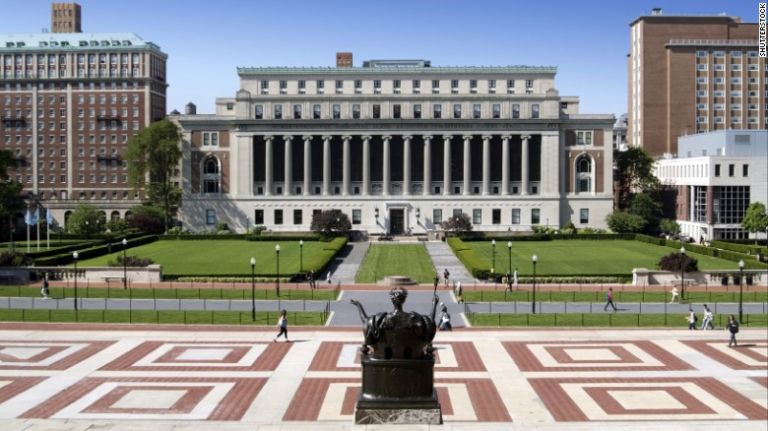 For many, the historic Athens Polytechnic building represents memory, a symbol, and a place of anti-fascist pilgrimage. For the few, it represents revenge, a release, and anti-authority mania.

Yet there is also an essential, daily, and inconspicuous Athens Polytechnic, which does not draw the lights of publicity, as its aim is educational.

As it seems, it is carrying out its mission in an excellent manner. That is not only because the Athens Polytechnic always stands out in international evaluation lists. As Ta Nea reveals today, its calibre is now recognised by top American universities, such as Columbia. That is why the two universities will for the first time collaborate on the undergraduate level in order to grant joint degrees.

In a country where the government views excellence as a stigma and remains suspicious of private universities, stubbornly refusing to establish any in Grecce, such collaboration can only send positive messages.

It should be used as a guide to expand such vehicles, which are cosmopolitan and prestigious. As Ta Nea’s sources indicate, there are also other American universities that seek to bolster their ties with the Athens Polytechnic.

Hundreds of thousands of youths who have emigrated due to the crisis are much missed by Greece. To stem that brain drain, and to persuade people to return and contribute to the country’s reconstruction, there must be signs of dynamism and openness.

Athens Polytechnic has all the means necessary to serve as a precedent and an ambassador in this area.

TANEA Team 21 Νοεμβρίου 2018 | 13:57
Share
Δείτε επίσης
Περισσότερα άρθρα για Αγγλική έκδοση
Editorial: Audits of politicians' wealth
Mario Draghi has a prominent position in the EU architecture Editorial: Alliance
After a certain point, the necessary caution is a matter of personal responsibility Editorial: COVID-19 and personal responsibility
Extremists still constitute a threat Editorial: Threat
A consciously responsible stance is needed Editorial: Maintaining COVID-19 alertness
The late PM Constantine Karamanlis famously said, 'We belong to the West' Editorial: Contradictions
The end of EU enhanced fiscal supervision signals the exit from the tunnel Editorial: Breakthroughs
Head of Greek Pomaks’ Association rips into Erdogan’s revisionist expansionism
All Greek governments since Andreas Papandreou's demanded the return of the Marbles Osborne: ‘Deal to be done’ on sharing Parthenon Marbles
All efforts toward a radical resolution of the refugee problem have failed Editorial: The end does not justify the means
France's centrist forces are rallying behind President Emmanuel Macron Editorial: The political centre
The Germans are returning, this time not to impose their will but to cooperate Editorial: Greece as a bridge between Western Balkans, EU
The demographic crisis must be managed swiftly Editorial: Demographic crisis
There was a Jewish presence in Thessaloniki even in antiquity, and the Apostle Paul preached in its synagogue Leon Saltiel: Glimmers of hope in battling Greek antisemitism
Investment will also play a pivotal role Editorial: The dynamic of the Greek economy