It appears that Mr. Tsipras' political reversals – or kolotoumba as the international press called it, borrowing the original Greek) are the basic characteristics of the SYRIZA leader’s political path. 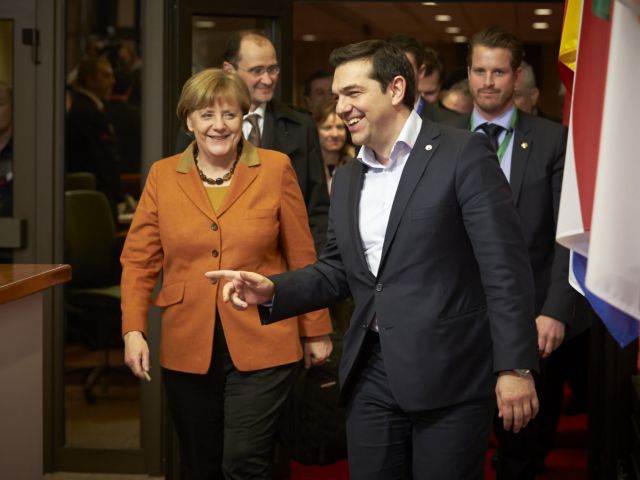 The leader of left-wing SYRIZA, Alexis Tsipras, has achieved something unique in all of Europe. All of those whom he once accused of being neo-liberal or of being subjugated to neo-liberalism are now singing his praises, and all those who supported him and nominated him as a candidate in the 2014 European Parliament elections are up in arms.

The category of latter-day friends includes Angela Merkel (whom Mr. Tsipras once told to “go home”), Francois Hollande (whom he had once instructed not to become another George Papandreou, or Hollandreou as he put it), and Emmanel Macron.

In the category of betrayed comrades, one finds the leader of the French Left, Jean-Luc Melenchon, who went as far as to describe his Greek erstwhile comrade as “one of the most pitiful figures in politics”, and the German Left, which did not hide its annoyance with Mr. Tsipras’ flirt with the Social Democrats.

It appears that his political reversals – or kolotoumba as the international press called it, borrowing the original Greek) are the basic characteristics of the SYRIZA leader’s political path.

One such about-face occurred when he reversed overnight the ‘No’ vote in the 2015 referendum that he called on the third bailout memorandum, turning it into a ‘Yes’.

With yet another reversal, he abandoned his former SYRIZA comrades in order to seek a new political family, which he obviously believes has more to offer him.

If he was dragged into the first reversal by a country that was on the verge of falling off a cliff, nothing forced him to proceed with the second one, other than political adventurism.

Πανελλαδικές 2020 : Πώς διαμορφώνονται οι βάσεις σε 120 τμήματα
TANEA Team 12 Νοεμβρίου 2018 | 11:37
Share
Δείτε επίσης
Περισσότερα άρθρα για Αγγλική έκδοση
Olympiacos FC statement
Greece’s success in securing its interests at the EU summit shows the way Editorial: Opportunity
Ever since Syriza lost the July, 2019, elections it has appeared unable to adjust to its new role as main opposition party Editorial: Shoestrings
Why Russia? The answer is quite simple for those in the know  Hagia Sophia, Turkey, Russia and the West
Lights of hope: From Olympiacos Piraeus to the World
To continue to confront the coronavirus successfully one needs a combination of state care and individual responsibility Editorial: Time
Britain’s Ocado sees retail sales soar 27% in lockdown half
Blinded by power the Syriza-Independent Greeks thought they could rule without constitutional checks Editorial: Paying the piper