The question that naturally arises is what will happen in the event of a collapse of Italy, the GDP of which is ten times that of Greece’s, and the debt of which was 6.5 times greater in 2011? 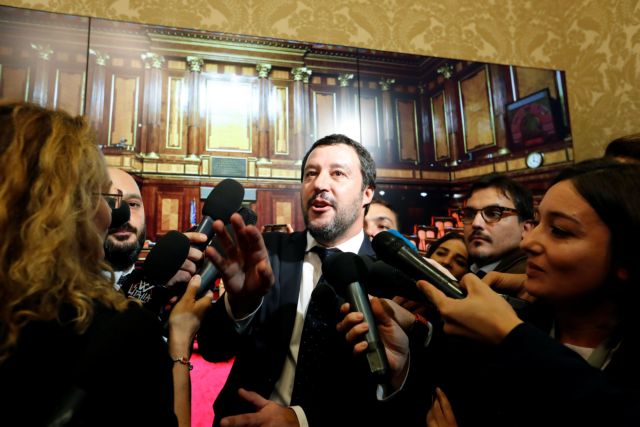 The crisis that struck Greece in 2009 and has not yet ended, in large measure because of specific political choices, triggered strong shockwaves in the European Union, despite the fact that the Greek economy comprises only three percent of the aggregate EU GDP.

The question that naturally arises is what will happen in the event of a collapse of Italy, the GDP of which is ten times that of Greece’s, and the debt of which was 6.5 times greater in 2011?

The obvious answer is that a fiscal or banking system temblor in the eurozone’s third largest economy will not only affect Europe. It will have serious repercussions for the global economy. It is also clear that the bulk of the burden will be shouldered by the weaker economies, including Greece’s. The weaker links in the chain are those that are in peril of breaking first.

Precisely for that reason, Ta Nea today examines the issue of the threat posed by Italy. Analysts address some of the basic questions, such as what is the likelihood of an Italian collapse, what would be the repercussions for Greece, and which are the best case and worst case scenarios?

In any event, the essence for Greece remains the same. Even if the worst case scenario is not confirmed, the government must be prepared to do whatever is necessary to shield the Greek economy.

That is a fundamental duty towards citizens. That is what is mandated by prudence and common sense. Rischio (risk) may be an Italian word, but the danger is Greek.

TANEA Team 10 Νοεμβρίου 2018 | 20:14
Share
Δείτε επίσης
Περισσότερα άρθρα για Αγγλική έκδοση
Greece’s role as an energy hub must be emphasised Editorial: Opportunities
Mitsotakis-Biden talks: Greek-Turkish relations, the war in Ukraine, wayward Turkey’s new role in NATO
It is not in Greece’s interest for Turkey to be isolated or humiliated Editorial: Opportunity
The Marshall Plan prioritised rebuilding export capacity How should a Marshall Plan for Ukraine work?
Drop in COVID-19 deaths - number of infections, intubated patients stable, hospital admissions rise
Policing of universities is an unpleasant but necessary measure Editorial: No excuse
A strict price inspections policy is needed to curb untrammelled price hikes Editorial: Dealing with inflation
Editorial: Axes
Ta Nea has repeatedly called for decisive action Editorial: University police force plan on the back burner
Everything depends on how the social media are used Editorial: Words
SYRIZA’s gains in 2012 were a Pyrrhic victory. Editorial: Populism
There will be a 600 euro cap on the rebate Amidst uproar over skyrocketing energy costs, Mitsotakis announces rebates for households
This is the 12th anniversary of the deadly arson attack Editorial: Radio silence
Many cases involving extremely serious crimes have not been tried Editorial: A bitter political legacy
EODY has recorded a total of 3.34mn COVID-19 infections EODY: 32 COVID-related deaths, over 8,000 infections, 660 reinfections, 231 intubated patients