The services and infrastructure of the healthcare system are continually deteriorating, often with tragic results 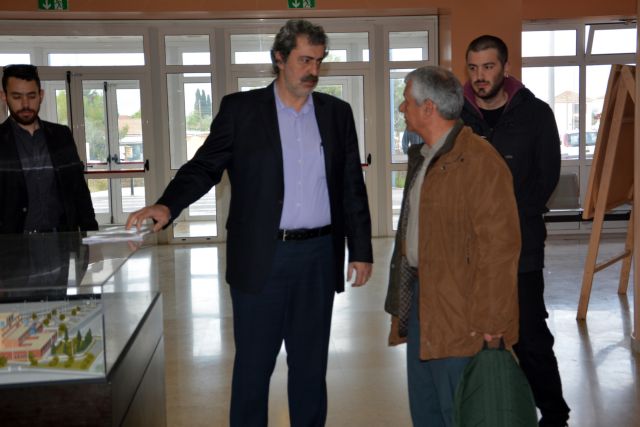 Even in trying times, or rather even more so then, a state has a duty to make the smooth operation of the healthcare system a top priority. That is the minimum obligation of a society towards those who are confronted with and suffer from health problems. That is mandated by the principles of humanitarianism and social solidarity.

The current government has repeatedly violated these principles. The political leadership of the health ministry preoccupies itself on the social media with commentary that is unrelated to the healthcare sector which it manages. When it is not unabashedly attacking the other powers and institutions of the state, it calls for the imprisonment of the government’s political enemies.

Meanwhile, the hospital on the island of Zakynthos has no children’s health clinic. At the public hospital in Kilkis, in the province of Macedonia, part of the infrastructure is crumbling.

Today’s report in the daily Ta Nea highlights yet another link in the chain of problems that demonstrate that the Greek Health System is ailing terribly.

Even worse, the government appears unable to do what is necessary to maintain the current level of services, let alone to improve it.

On the contrary, the services and infrastructure of the healthcare system are continually deteriorating, often with tragic results.

Our fellow human beings are already suffering from the illnesses that afflict them. It is unacceptable for that pain to be aggravated by the incompetence and indifference of those whose duty it is to do everything possible to ameliorate their pain.

TANEA Team 7 Νοεμβρίου 2018 | 14:18
Share
Δείτε επίσης
Περισσότερα άρθρα για Αγγλική έκδοση
We can no longer tolerate violence and lawbreaking Editorial: Toleration of violence at universities must end
A coarse opposition stance is ill-advised Editorial: Seriousness
We have the weapons. We have fine scientists. We have the experience. We can. Editorial: Urgency
There were delays and tragic omissions in offering proper services to patients Positive Voice in a rough terrain: A look back at the history of HIV/AIDS in Greece
Greece has a multi-faceted policy in its foreign relations and that is how it should continue Editorial: Sobriety in foreign relations
We see irresponsible behaviours and an attitude that the virus is no longer with us Editorial: Behaviours
The virus recognises no geographical borders Editorial: Nobody is safe
Delays and foot-dragging have long led even to the denial of justice Editorial: Expediting justice
Erdogan’s insistence on keeping interest rates low led him to fire three central bankers Editorial: Turkey’s lonesomeness
Turkey traditionally exports its domestic crises Editorial: Turkey's domestic, foreign crises
Nobody has the right to deny their share of responsibility in the common effort Editorial: Joining forces to confront the pandemic
Of intubated patients, 83 percent are unvaccinated or partially vaccinated EODY: 105 COVID-19 deaths, 7,287 infections confirmed in the last 24 hours, 608 intubated
We must continue to insist that the state is obliged to be citizen-friendly Editorial: 'Guinness World Record'
Behind Lukashenko stands Putin, who backs and assists him Editorial: European sovereignty
The pandemic is an issue of life and death, and the protection of public health is a common aim Editorial: Consensus on managing the pandemic, even at the last minute