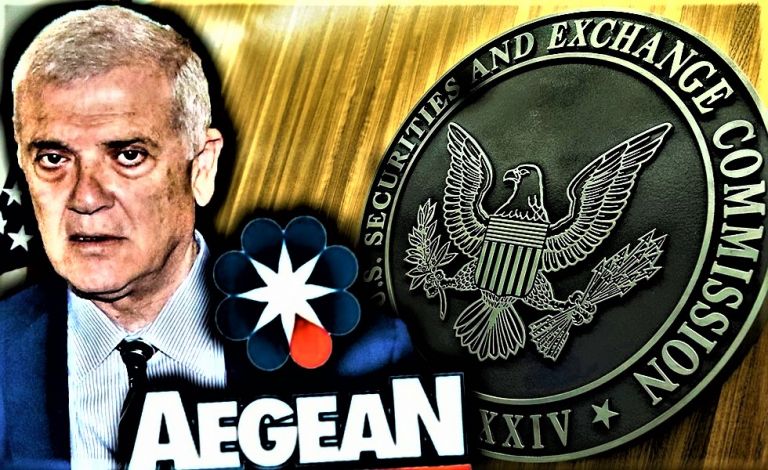 In May, an activist-investor group forced its way onto the board of a Greek shipping-fuel company, calling it mismanaged and undervalued.

Six months later, that company, Aegean Marine Petroleum Network Inc., is bankrupt, with its new board alleging the company had been systematically plundered and the assets that drew the activists’ attention were largely fake.

An internal investigation run by the board’s audit committee alleged more than $300 million had been stolen by Aegean Marine founder Dimitris Melissanidis, according to people familiar with the matter.

Mr. Melissanidis and a lawyer haven’t replied to calls and texts.

The investigation found a set of shell companies, fake receipts and documents covered up the alleged theft, by making it look like Aegean Marine had legitimate contracts with customers that would have explained the missing cash.

The investigation alleged some of the money went to Mr. Melissanidis, a billionaire, and to his family businesses, which include a professional soccer team and yacht rentals, the people said.

Aegean is cooperating with U.S. Department of Justice subpoenas, the company said. The company filed for bankruptcy Tuesday morning in New York, a move that likely wiped out the value of its shares.

A spokesman for the U.S. Attorney’s office in Manhattan, which is leading the investigation, didn’t respond to a request for comment. No charges have been filed.

The allegations paint a picture of an elaborate accounting fraud that unraveled and left the company’s business in tatters, yet managed to get past both auditors and activist investors.

The company’s downfall offers a quick-moving example of the kinds of risks activists take on when trying to transform what, from the outside, might look like a struggling business. Even as they go to great lengths to research their targets, activists live in fear of the lack of “perfect information.”

Some have been stung by accounting-related stock collapses, including Trian Fund Management LP at General Electric Co.. William Ackman’s Pershing Square Capital Management LP lost $4 billion at then Valeant Pharmaceuticals after a spiral that began when short sellers questioned its accounting.

“It is exactly one of the things that has always worried me the most: You’ve got to rely on their SEC filings and auditors,” said J. Daniel Plants, an activist investor. “There but for the grace of God… it could happen to any of us.”

The numbers are smaller at Aegean, but the extent of the alleged fraud and the speed of the company’s collapse are rare for activists to endure.

Aegean Marine sells bunkering fuel, which fills up cruise ships, container ships and, for a period, the U.S. Navy. As it was preparing for its initial public offering of shares in 2006, it said Mr. Melissanidis was no longer heavily involved in the company.

In April, a New York court stopped the deal after the activists sued, leading to a board settlement where they got three seats, including Mr. Baron and Donald Moore, who was named chairman.

The new directors learned within days that the board had begun an audit investigation, the people said.

They also found out lenders had been surprised to learn about the $200 million in receivables in the failed deal and were pushing to liquidate. The banks stopped giving the company access to day-to-day financing, bankruptcy court documents said, and the business began to spiral downward.

Within a month, Aegean Marine company disclosed it would write off $200 million in receivables.

Still, the activists on the board pressed forward, believing they owed it to shareholders to complete the investigation, people familiar with the matter said.

Adding to the stress, employees and an outside auditor said Mr. Melissanidis threatened them, according to the people familiar with events and written reports submitted as part of investigation. Mr. Melissanidis allegedly told one former executive he would “cut his balls,” the board was told.

The investigation uncovered several alleged schemes that were continuing until this year, the people said.

At the center was OilTank Engineering & Consulting Ltd., a company Aegean Marine hired to run the construction of an oil terminal in Fujairah, United Arab Emirates, in 2010.

To hide the tracks, shell companies claiming legitimate business were listed on the books, the investigation alleged.

The investigation alleged the shell companies were tied to Mr. Melissanidis and never received any products, the people said. The investigation found contracts lacked normal paperwork and listed post office boxes controlled by Aegean employees, they said. The amount of oil products that would have had to be moved through the Fujairah terminal wasn’t feasible.

TANEA Team 7 Νοεμβρίου 2018 | 17:23
Share
Δείτε επίσης
Περισσότερα άρθρα για Αγγλική έκδοση
Greece has a multi-faceted policy in its foreign relations and that is how it should continue Editorial: Sobriety in foreign relations
We see irresponsible behaviours and an attitude that the virus is no longer with us Editorial: Behaviours
The virus recognises no geographical borders Editorial: Nobody is safe
Delays and foot-dragging have long led even to the denial of justice Editorial: Expediting justice
Erdogan’s insistence on keeping interest rates low led him to fire three central bankers Editorial: Turkey’s lonesomeness
Turkey traditionally exports its domestic crises Editorial: Turkey's domestic, foreign crises
Nobody has the right to deny their share of responsibility in the common effort Editorial: Joining forces to confront the pandemic
Of intubated patients, 83 percent are unvaccinated or partially vaccinated EODY: 105 COVID-19 deaths, 7,287 infections confirmed in the last 24 hours, 608 intubated
We must continue to insist that the state is obliged to be citizen-friendly Editorial: 'Guinness World Record'
Behind Lukashenko stands Putin, who backs and assists him Editorial: European sovereignty
The pandemic is an issue of life and death, and the protection of public health is a common aim Editorial: Consensus on managing the pandemic, even at the last minute
The measures announced are tantamount to an at least partial lockdown on the unvaccinated Mitsotakis announces partial lockdown on unvaccinated citizizens, tougher enforcement
Greece accuses Sanchez of ignoring EU decisions after agreement to sell aircraft carrier to Turkey
Anti-vax lawyer arrested for dissemination of fake news on COVID-19, then released
Adjustment to contemporary conditions and conceptions is necessary Editorial: Modernisation of the Church