The outline of the over 7,000-word proposal was presented by Prime Minister Alexis Tsipras in an address to his parliamentary group on 30 October, and the main issue that was left open was the provision for the election of the President of the Republic by Parliament. 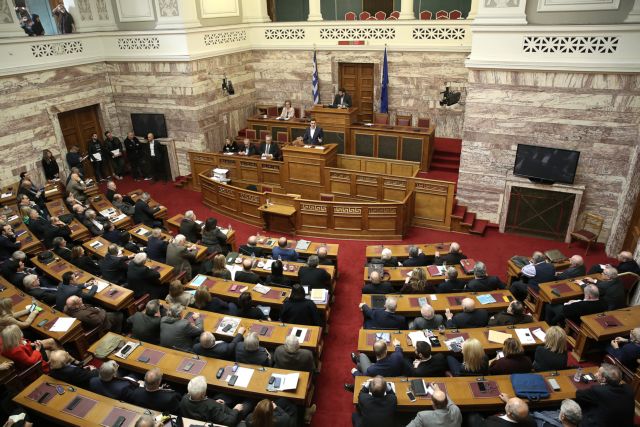 The ruling SYRIZA party is tabling in parliament today its comprehensive proposals for the constitutional amendment process, amidst criticism that it has not sought the consensus required for a revision of the country’s basic law.

The outline of the over 7,000-word proposal was presented by Prime Minister Alexis Tsipras in an address to his parliamentary group on 30 October, and the main issue that was left open was the provision for the election of the President of the Republic by Parliament, in as many as six consecutive votes over a six-month period, which was roundly criticised by the opposition.

The aim here is to avert the dissolution of parliament when the two-thirds majority currently required to the elect the head of state in the first three votes is not secured, so as to ensure political stability and prevent the e election process from being used to trigger early elections, as SYRIZA itself did in 2014 and previous governments had done as well.

The effort to minimise the constitutionally guaranteed embrace of Church and State has also drawn criticism, though it does not go as far as a complete separation, as some in the left-wing party are demanding, as a full-blown clash with the Orthodox of Greece (which is described as the country’s prevailing religion in the constitution, which begins with an invocation of the Holy Trinity in the preamble).

SYRIZA is already collecting the signatures of the at least 50 MPs required to launch the constitutional amendment process, which will amend 23 articles of the Constitution of the Hellenic Republic.

«Κόλαση» στην Ιντλίμπ: Δεκάδες τούρκοι στρατιώτες νεκροί
TANEA Team 2 Νοεμβρίου 2018 | 16:53
Δείτε επίσης
Περισσότερα άρθρα για Αγγλική έκδοση
The stance of citizens will be largely determined by the effectiveness of authorities Editorial: Trial
The hour of truth appears to be drawing near and it must be followed by the time for explanations Editorial: The moment of truth
Mayhem on Lesvos, Chios as hundreds of riot police clash with islanders determined to block migrant centres
In the economy words can help shape the climate but deeds yield results Editorial: Profile
Democracy has a duty to defend itself Editorial: Adventure
Editorial: Pillar
Editorial: Crisis
Government and opposition are skirmishing over the rubble in Mati Editorial: Duty
As it turned out Mega was too big to die Editorial: The return of Mega Channel
The government cannot address the problem of school violence on its own Editorial: Wave of violence
Job creation is the overarching aim so that society can prosper Editorial: Automatic pilot
Right now there must be delicate diplomatic manoeuvres abroad and a solid front domestically Editorial: Consensus
Editorial: Delusions
Editorial: Readiness
It seems that freedom of speech cannot be taken for granted in our country Editorial: Fascism