The businessman and engineer, Andreas Bardis, has also been charged with money laundering in the case, and was released on 500,000 euros bail, with restrictions. 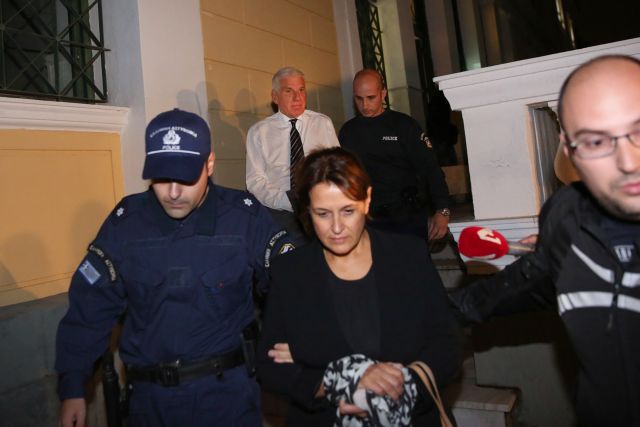 A businessman and friend of former Pasok defence and finance minister Yannos Papantoniou, has told investigating magistrate that in 2002-2003 he received 2.5mn euros in cash from the ex-minister, from whose Kifisia home he would pick up the money in bundles in manila envelopes, desposit it in small instalments in a Greek bank, and then wire it to a Swiss bank account.

Papantoniou and his wife, Stavroula Kourakou, were remanded in custody on 23 October, as investigating magistrates concluded that they pose a flight risk.

The businessman and engineer, Andreas Bardis, has also been charged with money laundering in the case, and was released on 500,000 euros bail, with restrictions.

Bardis claimed he believed that the money was legally acquired and legitimate.

Papantoniou has been charged with receiving a 2.8mn Swiss francs kickback from a contract to upgrade six Hellenic Navy frigates, and both he and his wife, who was co-beneficiary of a Swiss bank account in which the money was deposited, face money laundering charges.

In his deposition to corruption investigating magistrates, Bardis said that when he met Papantoniou the minister had the profile of a successful politician, which made him believe that he was “an honourable and proper person”.

Bardis said he received no commission as Papantoniou’s bag man, that he was merely trying to assist someone whom he respected, and that he became entangled in the case 15 years later unjustifiably.