There can be no academic freedom when there is fear of various groups and other minorities, which are wont to terrorise and use violence against whomever does not agree with them. 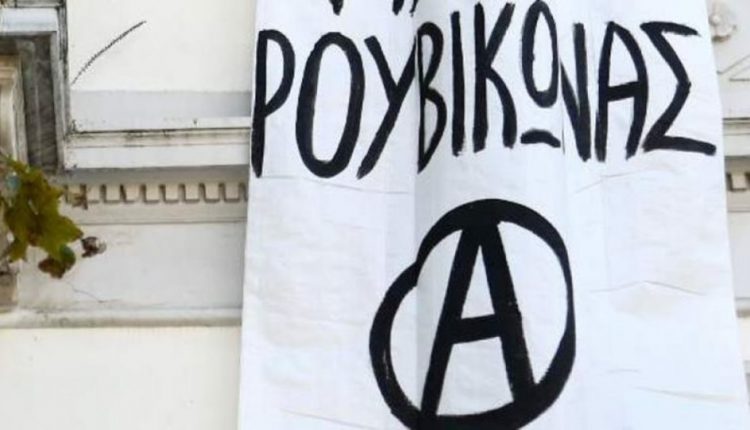 It was just two weeks ago that education ministry employees complained that Education Minister Kostas Gavroglu had turned the ministry into a prison, with the heightened security measures that were implemented.

The minister and the government, however, do not have the same view when it comes to universities. Gavroglu went as far as to say that the protection of universities is the job of the students, who are obliged to be “brave”.

We see the result today. The academic community, which considers it inconceivable to take measures analogous to the ones decided by the minister for his personal security, is being held hostage by organised groups which impose their views, based on the principle of might makes right.

From that position of strength, the anarchist group Rouvikonas occupied a room in the philosophical faculty of the University of Athens.

Despite the plea of the rector for the group to vacate the premises, they plan to stay.

Universities cannot function in this manner, and that is not only because they are not public spaces, as some believe, but also because academic freedom presupposes an absence of fear.

There can be no academic freedom when there is fear of various groups and other minorities, which are wont to terrorise and use violence against whomever does not agree with them.

In this manner, a university becomes a real prison.

Βάρη : Αυτά είναι τα δύο θύματα της μαφιόζικης εκτέλεσης
TANEA Team 17 Οκτωβρίου 2018 | 16:40
Δείτε επίσης
Περισσότερα άρθρα για Αγγλική έκδοση
Hospitals should not be excluded from public-private partnerships Editorial: Partnerships
The government in Tripoli has said that Greece 'has nothing substantial to offer'. Haftar in Athens, Greece to veto EU approval of Libya peace deal if MOU with Turkey not canceled
The nominee has the prestige and wherewithal to serve the office in a worthy manner Editorial: Consensus
The last president who was not a politician was Christos Sartzetakis who served between 1985-1990 In historic move, Mitsotakis taps Council of State chief to serve as first woman president
Realism at all levels and in every way must be the only guide Editorial: Realism
Greece cannot be punished ad infinitum for the errors of the past Lower primary surplus targets key to Greek economic growth
Indian slaves swap life of bondage for seat in boardroom at tea plantation
Editorial NEA: Puzzle
EU resumes probe into Boeing-Embraer deal, sets new April 30 deadline
Trump praises Greek economic progress at talks with Greek PM, avoids mention of Turkey, Libya
Editorial: Threats
From the signing of an agreement to its implementation the distance is never small Editorial: Message of Peace
The country that is ever more isolated is not Greece but Turkey Editorial: Advantages
The political system is facing Turkish provocations united Editorial: Unity
Editorial: A violent decade`