Charges of widespread mismanagement of refugee funding probed by prosecutor

The economic has already summoned witnesses, including retired Lieutenant-General Andreas Iliopoulos, the former director of the Service for the Reception and Identification of Refugees, who lodged the related charges. 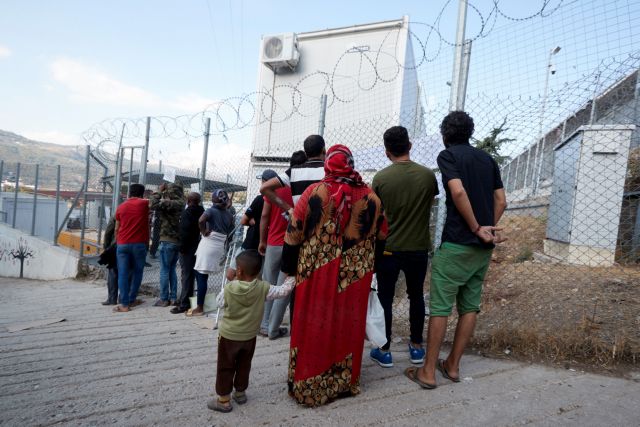 The Supreme Court Prosecutor’s Office has instructed Economic Prosecutor Marianna Psaroudaki to conduct a preliminary investigation into the use of funds earmarked for managing the refugee crisis, in order to ascertain the validity of allegations of automatically prosecutable offenses.

Psaroudaki has already summoned witnesses, including retired Lieutenant-General Andreas Iliopoulos, the former director of the Service for the Reception and Identification of Refugees, who lodged the related charges.

The probe was triggered by reports in the Athens daily Fileleftheros, including an interview with Iliopoulos, who was responsible for the reception and identification of refugees on the Aegean islands of Lesvos, Chios, and Kos, as well as at the guard post at the Greek-Turkish border region of Evros.

In his interview, Iliopoulos said that there are indications of a widespread mismanagement of funds, both by the state, including the Defence Ministry, and NGOs.

In response, Migration Minister Dimitris Vitsas had stated that these were “lies”, and that legal proceedings will be launched against Iliopoulos, for “all he has falsely maintained".

Indeed, Vitsas had pre-announced the sacking of Iliopoulos, saying that he had not competently carried out his duties, and that this is why on 5 October he gave the Lieutentant-General an opportunity to resign.

Iliopoulos answered Vitsas with the demand that the minister clarify precisely what he means by the assertion that he was “incapable of carrying out his duties”, and what exactly is false about his charges.

Athens Daily Fileleftheros Defence Ministry Economic Prosdecutor Lieutenant-General Andreas Iliopoulos Migration Minister Dimitris Vitsas Refugee Funds Mismanagement Probe Refugee Reception Centres 8 Οκτωβρίου 2018 | 17:22
Share
Περισσότερα άρθρα για Αγγλική έκδοση
Fourteen ICU beds, donated by Evangelos Marinakis, Angeliki Frangou and ION S.A. ready for use
SYRIZA in fact was not so eager to create a common front with the left Editorial: Political flirt
It is not too much to ask our political parties to adapt to the new realities Editorial: Time to build consensus
Any back-pedaling on the public health restrictions that have been imposed would be catastrophic Editorial: No to complacency!
Politicians can visit the historic Athens Polytechnic campus to leave a flower, as the PM suggested, or to lay a wreath as the main opposition leader proposed. Editorial: The cost
Perhaps the government could have handled the matter earlier and differently Editorial: Lives must be saved
We must deprive Turkey of its strongest weapon – the element of surprise Editorial: Equation
It is by now clear that Tsipras and Polakis are one and the same politically Editorial: Political cover
The only way to deter a disaster from the second wave of the virus is to get a vaccine and religiously comply with restrictive measures Editorial: Deterrence
There is an urgent need to strictly enforce the lockdown Editorial: Behaviours
As COVID-19 cases soar Greece announces three weeks nationwide lockdown
The freedom to disseminate applies to ideas and not the distribution of drugs Editorial: Breaking taboos
The US must not be a country of divisions and irrationality Editorial: History in the making
Editorial: Totalitarian behaviour
Neither Islamist terrorism nor any other form of terrorism will prevail in Europe Editorial: Our European way of life