EU officials have repeatedly denounced the prosecution of Georgiou, which they view as shameful harassment, arguing that he just did his job properly. 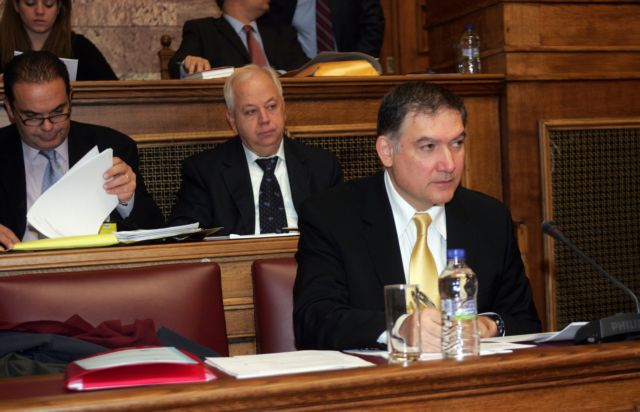 The case of former Hellenic Statistical Authority chief Andreas Georgiou has become a thriller, as Appellate Court Prosecutor Stelios Kostarelos, in his reccomendation to the Appellate Court Judges Council, says that Georgiou should be tried on felony charges of false certification, as regards allegedly pumping up the data on Greece’s debt in 2009, and thus pushing Greece into the bailout memorandum.

The Appellate Court Council will have the last word.

EU officials have repeatedly denounced the prosecution of Georgiou, which they view as shameful harassment, arguing that he just did his job properly.

In the third successive examination of his case, following two acquittal rulings by the Appellate Court Judges Council, and even though the case had reached the Supreme Court twice, the prosecutor maintains that he should be put on trial. The prosecutor is effectively adopting the assertions of two former members of the Authority, Zoi Georganta and Nikolaos Logothetis.

Georgiou’s lawyer, Konstantinos Papadiamantis, underlines that judicial authorities did not examine European officials as witnesses, with the rationale that the accounting method (used for calculating the deficit) meets European standards.

The case file includes a Eurostat document approving the calculation of the 2009 deficit, in accordance with the unswerving rules that still apply to ELSTAT’s calculations.

Georgiou stresses that the 2009 debt level was accepted by the government itself, and that is was on that basis that three loan contracts with Greece’s partners were signed, resulting in funding for the country.

Πανελλαδικές 2020 : Πώς διαμορφώνονται οι βάσεις σε 120 τμήματα
TANEA Team 27 Σεπτεμβρίου 2018 | 21:52
Share
Δείτε επίσης
Περισσότερα άρθρα για Αγγλική έκδοση
Olympiacos FC statement
Greece’s success in securing its interests at the EU summit shows the way Editorial: Opportunity
Ever since Syriza lost the July, 2019, elections it has appeared unable to adjust to its new role as main opposition party Editorial: Shoestrings
Why Russia? The answer is quite simple for those in the know  Hagia Sophia, Turkey, Russia and the West
Lights of hope: From Olympiacos Piraeus to the World
To continue to confront the coronavirus successfully one needs a combination of state care and individual responsibility Editorial: Time
Britain’s Ocado sees retail sales soar 27% in lockdown half
Blinded by power the Syriza-Independent Greeks thought they could rule without constitutional checks Editorial: Paying the piper