Fyssas was murdered with a knife by Golden Dawn member Yorgos Roupakias, who was part of a hit squad organised and sent by the extreme right party to kill the rapper. 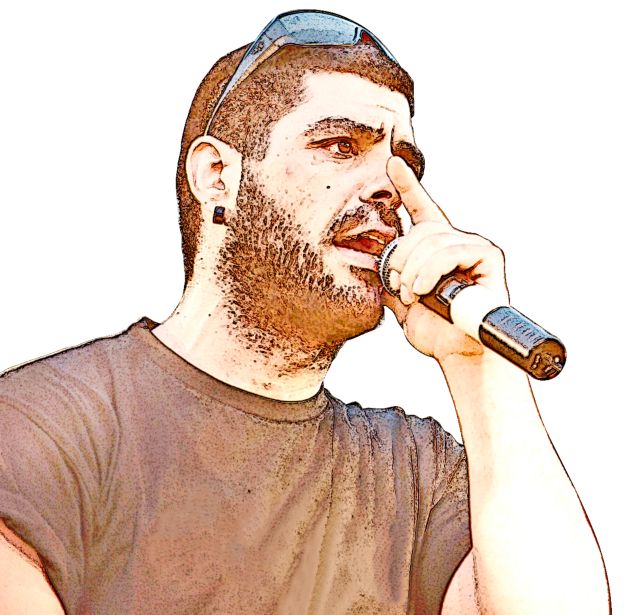 Tensions were high at a march to commemorate the fifth anniversary of the murder of anti-fascist rapper Pavlos Fyssas , whose stage name was Killah P, in Keratsini, a suburb of Piraeus.

Fyssas was murdered with a knife by Golden Dawn member Yorgos Roupakias, who was part of a hit squad organised and sent by the extreme right party to kill the rapper, as evidence at the trial of Golden Dawn showed.

Fresh video evidence shows that Greek Police were in close proximity to the murderous attack and failed to react.

The murder of the 34-year-old rapper led to the ongoing trial of Golden Dawn, which has been charged with being a criminal organisation and with money laundering.

In July, 2014, nine Golden Dawn MPs were jailed and nine more were placed under house arrest. They were released 18 months later, which under Greek law is the maximum period of incarceration if the verdict has not been delivered in the trial of prisoners.

Five years after the Murder of Fyssas, on 18 September, 2013, the trial of Golden Dawn, which has been interrupted and postponed innumerable times, has yet to conclude.

The destination of ant-fascist protest march, which began at the Fyssas memorial sculpture in Keratsini, was the offices of Golden Dawn in Piraeus.

Tensions rose when the first marchers reached the Municipal Theatre of Piraeus, where riot police buses blocked the marchers from reaching their destination.

Then, a group of helmeted individuals stoned and threw Molotov cocktails at riot police, and also attacked the buses with sticks and rocks, to which police responded with tear gas.

Ant-Fascist March Anti-Fascist Rapper Golden Dawn Golden Dawn Trial Keratsini Killah P Pavlos Fyssas Riot Police 19 Σεπτεμβρίου 2018 | 00:56
Share
Περισσότερα άρθρα για Αγγλική έκδοση
Venezuela’s Maduro, citing Pope, asks congress to consider same-sex marriage
Wall St Week Ahead-More U.S. companies offer earnings guidance despite pandemic
Editorial: The only course
The European Commission yesterday called upon Tatar to begin a dialogue Editorial: New realities in Cyprus
French teachers are declaring that they will continue to “instruct students in difficult subjects”. Editorial: “Je Suis Prof”
Editorial: Endurance test
The government had an extremely broad social consensus in support of its policies Editorial: Reforms
Turkey’s activity in the area of Kastelorizo constitutes a great opportunity for Greece Editorial: Opportunity
It is no coincidence that these elections are described as the most important ever in the occupied territories Editorial: A crucial contest
This is not merely and internal party affair as it raises serious issues about how institutions function Editorial: Grey zones
in a democracy all views can be expressed but they cannot be imposed on others through violence Editorial: The lesson
Appellate Court conviction of Golden Dawn a 'victory for democracy' says Mitsotakis
Editorial: A historic day
Golden Dawn was a criminal organisation says court ruling that convicts leader, six more ex-MPs
The PM said yesterday that, 'Technology is the catalyst for economic growth.' Editorial: Investments