EU disaster aid in the works for fire-ravaged Mati

A broad majority in a plenary session of the European Parliament approved a resolution to support the fire-ravaged area of Mati, Attica, with EU funding. 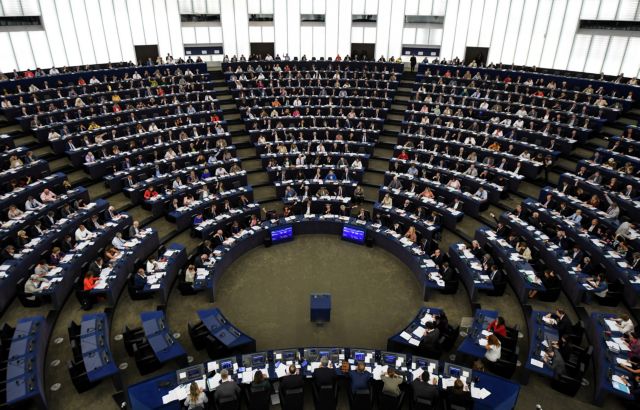 A broad majority in a plenary session of the European Parliament approved a resolution to support the fire-ravaged area of Mati, Attica, with EU funding.

The resolution was jointly drafted by Greek MEPs Nikos Androulakis and Nikos Hountis.

Androulakis, a top cadre of the centre-left Movement for Change party, told News 24/7 that the resolution provides for the immediate use of the EU Solidarity Fund, to repair the damage from the fire and to push forward anti-flooding works, so as to avoid a catastrophe in the winter.

“We also want to stress that the negotiations regarding the upgrading of the European Civil Protection Mechanism should proceed immediately, as it will help Greece advance more fire-fighting works over the coming years with EU funds,” Androulakis said.

Asked about PM Alexis Tsipras’ address to the European Parliament Parliament, the MEP said that it targeted the Greek domestic audience.

“We have entered a pre-electoral policy, which will heighten internal clashes. The PM came to the European Parliament and did not even discuss European developments or any plan for the post-bailout era in the Greek economy,’ Androulakis said.

Regarding European Commission President Jean-Claude Juncker’s State of the Union address, Androulakis focused on the statements on the migration issue, noting that if the Dublin Regulation is not revised, Greece and Italy will be in for difficult years, due to the increase of refugee and migrant flows.

Νέες φωτογραφίες δείχνουν τον ειδικό φρουρό να απειλεί φοιτητές μέσα στην ΑΣΟΕΕ
TANEA Team 13 Σεπτεμβρίου 2018 | 23:44
Δείτε επίσης
Περισσότερα άρθρα για Αγγλική έκδοση
In the economy words can help shape the climate but deeds yield results Editorial: Profile
Democracy has a duty to defend itself Editorial: Adventure
Editorial: Pillar
Editorial: Crisis
Government and opposition are skirmishing over the rubble in Mati Editorial: Duty
As it turned out Mega was too big to die Editorial: The return of Mega Channel
The government cannot address the problem of school violence on its own Editorial: Wave of violence
Job creation is the overarching aim so that society can prosper Editorial: Automatic pilot
Right now there must be delicate diplomatic manoeuvres abroad and a solid front domestically Editorial: Consensus
Editorial: Delusions
Editorial: Readiness
It seems that freedom of speech cannot be taken for granted in our country Editorial: Fascism
At last it seems that reason is prevailing over belief and superstition about vaccines Editorial: Sirens
Dialogue must continue to be a basic pillar of Greek foreign policy Editorial: Dialogue
SYRIZA links Oruc Reis incident to Turkey's disputation of Greek sovereignty over Aegean islets