The economic team is costing the measures to be included in a basket of handouts. It appears, however, that the focus of the transition to the post-bailout memorandum era will be pro-labour reforms of labour relations. 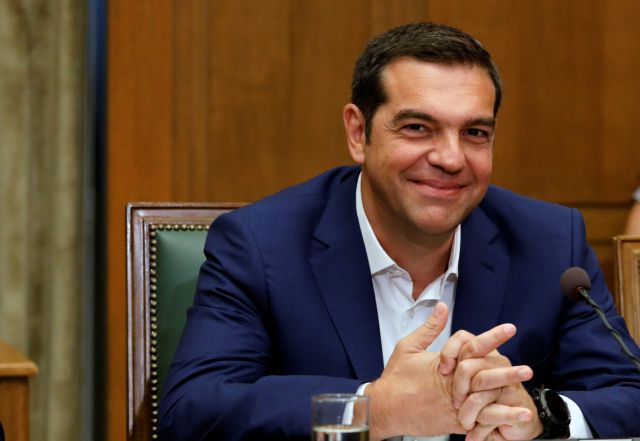 Despite the warning shots from the markets, the government continues to play the handouts pledges game, which has resulted in a dangerous rise of borrowing interest rates.

Even as creditors are waiting on the sidelines to hear which measures the prime minister will announce at the Thessaloniki International Fair, government cadres appear to be disregarding the markets, and promising everything to everyone.

Prime Minister Alexis Tsipras wants to send a message to his domestic audience that Greece has regained the freedom to decide its own policies. In an effort to reverse the negative climate for the government, the PM will announce specific tax cuts and measures to relieve various social groups.

The economic team is costing the measures to be included in a basket of handouts. It appears, however, that the focus of the transition to the post-bailout memorandum era will be pro-labour reforms of labour relations.

According to a report in the daily Ta Nea, the PM in his major economic address at the Thessaloniki International Fair, will say that the government will act as a shield for the working class. He is also expected to announce a cut in the ENFIA real estate tax, which in some categories of taxpayers will be up to 30 percent, and a cut in the insurance contributions of freelance professionals.

All this is reminiscent of Mr. Tsipras’ 2014 Thessaloniki Programme, which promised a host of generous handout, few of which were given.

Just yesterday many government cadres promised a series of handouts, including a suspension of pension cuts due in January, 2019, offering pensioners a one-off extra pension for the year, a tax cut for professionals, reducing the large cuts in widowers’ pensions, the extension of sectoral collective bargaining contracts, and a hike in the minimum wage and the abolition of the sub-minimum wage for youth under 25 years of age, in four months times.