What is needed is a change that will uproot antiquated mentalities, that will allow brilliant minds to flourish, that will recognise critical thought as a basic element in studying, and that will require the cultivation of substantial knowledge 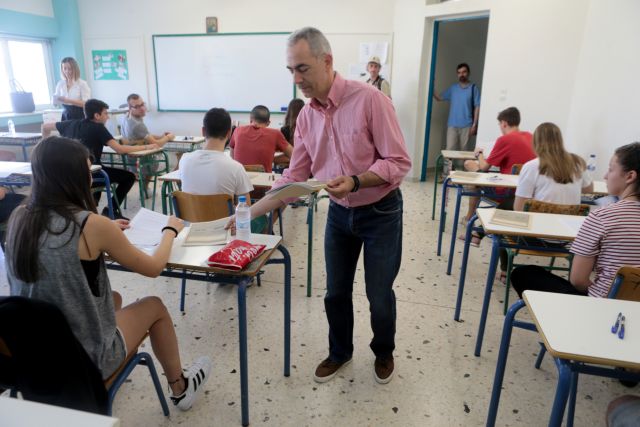 After the announcement of the minimum number of points (in the nationwide university admissions exams) needed to gain admission to each of the country’s university faculties, the anxiety of thousands of applicants has ended.

At the same time, a new cycle of anguish begins for the students who will sit for exams next year.

These endless cycles of anxiety, which remind one of the fact that that the current system of university admissions reflects a more general perception of the education system that has reached its end.

Many education ministers over the years claimed that they heralded a change in the system. There are perhaps even more who recognise that it breeds dysfunctions, from the fact that rote learning is a necessary precondition for success, to the fact that it creates two tiers of students and the compulsion to gain admission to faculties for which there is great demand.

Such an education system cannot meet the demands of the 21st century.

However, no education minister until now has dared to undertake a radical overhaul of the exams system. What is needed is a change that will uproot antiquated mentalities, that will allow brilliant minds to flourish, that will recognise critical thought as a basic element in studying, and that will require the cultivation of substantial knowledge, with a focus on quality and not quantity.

A radical overhaul of the education system naturally requires a broad dialogue, proper preparation, and a focus on the long-term, rather than on the next elections.

When, however, even the minimum number of points required to gain university admission becomes the object of political games and partisan aspirations, it is hard to believe that this radical change in the admissions system will come any time soon.

«Ο κυβερνοπόλεμος μόλις ξεκίνησε» – Έλληνες και Τούρκοι χάκερ στα «όπλα»
TANEA Team 28 Αυγούστου 2018 | 14:57
Δείτε επίσης
Περισσότερα άρθρα για Αγγλική έκδοση
The president-elect of Greece has won people over even before assuming office Editorial: Modesty
Marinakis just dealt the final blow to the so-called ‘clean-up’ of Greek Football in front of UEFA/FIFA
The dialogue Marinakis to Grammenos: «You have been doing anything that Savvidis was telling you for such a long time and now you’ve become sensitive?»
President-elect Ekaterini Sakellaropoulou symbolises Greece’s passage to a new era with greater consensus and less toxicity Editorial: A victory for democracy
'Our country is governed by the rule of law and is a force of stability, growth, and culture' President-elect Sakellaropoulou to focus on defending rights, sovereignty
Turkey’s provocations are non-stop Editorial: Audacity
Hospitals should not be excluded from public-private partnerships Editorial: Partnerships
The government in Tripoli has said that Greece 'has nothing substantial to offer'. Haftar in Athens, Greece to veto EU approval of Libya peace deal if MOU with Turkey not canceled
The nominee has the prestige and wherewithal to serve the office in a worthy manner Editorial: Consensus
The last president who was not a politician was Christos Sartzetakis who served between 1985-1990 In historic move, Mitsotakis taps Council of State chief to serve as first woman president
Realism at all levels and in every way must be the only guide Editorial: Realism
Greece cannot be punished ad infinitum for the errors of the past Lower primary surplus targets key to Greek economic growth
Indian slaves swap life of bondage for seat in boardroom at tea plantation
Editorial NEA: Puzzle
EU resumes probe into Boeing-Embraer deal, sets new April 30 deadline