'The Greek authorities should not any further allow their country to provide a safe haven to treacherous coup plotters by using as an excuse their judiciary,' the Turkish foreign ministry stated 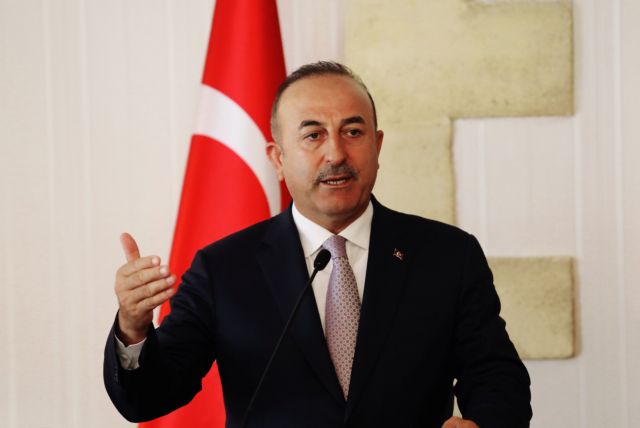 TANEA Team 22 Αυγούστου 2018 | 19:03
Share
The Turkish foreign ministry and the ruling AKP party today blasted a decision of a Greek High Court granting asylum to one of the eight Turkish military officers who fled to Greece to seek asylum after the abortive July, 2016 coup against Turkish President Recep Tayyip Erdogan.
The Greek Council of State definitively rejected a petition by Greece’s migration minister to rescind the asylum that had already been granted to Suleyman Ozkaynakci.
The Turkish foreign ministry statement said that the Greek High Court’s ruling contravenes international law regarding the combating of terrorism and also violates the Geneva Convention as regards the protection of refugees.
Ankara maintains that Ozkaynakci was involved in the coup attempt, which the Turkish government and judiciary attribute to the followers of Turkish preacher Fethullah Gulen’s movement, which Ankara has branded as a terrorist organisation.
The full Turkish foreign ministry statement is as follows:
“The Greek Council of State has put its signature to yet another scandalous decision by rejecting the objection of the Greek Government to the decision granting asylum to Suleyman Ozkaynakci, one of the culprits of the July 15th treacherous coup attempt.
This decision not only breaches Greece’s international obligations to combat terrorism, but also constitutes a violation of the provisions of the 1951 Geneva Convention relating to the Status of Refugees.
By rejecting the extradition of the putschist traitors, Greece has prepared the ground for such decisions, which offends the conscience of the Turkish nation.

The Greek authorities should not any further allow their country to provide a safe haven to treacherous coup plotters by using as an excuse their judiciary, which even violates international obligations of Greece by making unlawful decisions.

TANEA Team 22 Αυγούστου 2018 | 19:03
Share
Δείτε επίσης
Περισσότερα άρθρα για Αγγλική έκδοση
Mitsotakis underlined Greece’s crucial geostrategic position PM Kyriakos Mitsotakis’ historic speech to Joint Session of US Congress (full text)
A party without self-criticism and renewal cannot move forward Editorial: Political parties transforming
Greece’s role as an energy hub must be emphasised Editorial: Opportunities
Mitsotakis-Biden talks: Greek-Turkish relations, the war in Ukraine, wayward Turkey’s new role in NATO
It is not in Greece’s interest for Turkey to be isolated or humiliated Editorial: Opportunity
The Marshall Plan prioritised rebuilding export capacity How should a Marshall Plan for Ukraine work?
Drop in COVID-19 deaths - number of infections, intubated patients stable, hospital admissions rise
Policing of universities is an unpleasant but necessary measure Editorial: No excuse
A strict price inspections policy is needed to curb untrammelled price hikes Editorial: Dealing with inflation
Editorial: Axes
Ta Nea has repeatedly called for decisive action Editorial: University police force plan on the back burner
Everything depends on how the social media are used Editorial: Words
SYRIZA’s gains in 2012 were a Pyrrhic victory. Editorial: Populism
There will be a 600 euro cap on the rebate Amidst uproar over skyrocketing energy costs, Mitsotakis announces rebates for households
This is the 12th anniversary of the deadly arson attack Editorial: Radio silence