The situation does not permit much optimism. The structural characteristics of the economy have not improved. Public administration is not trustworthy and the judiciary is dysfunctional. 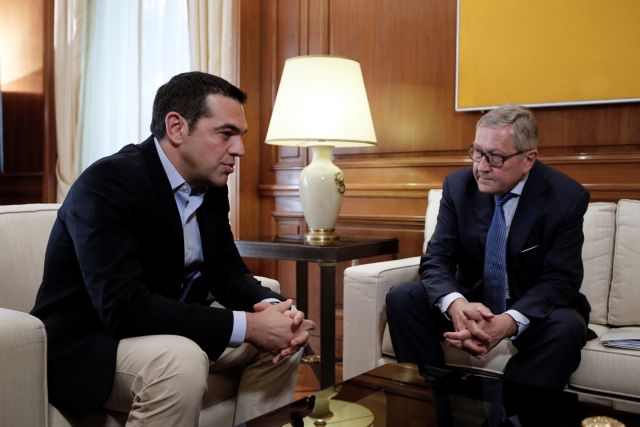 Greece’s exit from the bailout memorandums is not an occasion for celebration. That is not only because it is not a “clean exit”, due to the continued, enhanced fiscal surveillance, nor is it because the tragic list of the dead from the recent wildfire continues to grow.

It is because the environment in which Greek citizens will awaken on Tuesday, 21 August, will not be substantially different from that of the last eight years.

Experts who have spoken to and written opinions for Ta Nea warned that Greece must continue to be careful and not make mistakes.

The situation does not permit much optimism. The structural characteristics of the economy have not improved. Public administration is not trustworthy and the judiciary is dysfunctional.

The Greek government will indeed have greater freedom in choosing its mix of policies, but those policies must constantly be reform-oriented. Every act of political irresponsibility and of demagoguery will be costly.

Greece’s Golgotha will last for decades. It is not just because of the huge debt, the high level of unemployment, and the flight abroad of half a million well-educated Greeks.

It is because of creditors’ demand for huge primary surpluses through 2060. Greece from now on will be at the mercy of the markets. The only way to deal with them successfully is to return to growth and gain the trust of the Greek people – trust as regards both investment and bank deposits.

Creditors have made many major mistakes over these past years.

“The dignity of the Greek people was trampled on,” said European Commission President Jean-Claude Juncker.

From now on, it is mainly Greece’s mistakes that will count.

What is required is prudence, moderation, and a climate of cooperation between the country’s political forces.

If Portugal could do it, so can we.

TANEA Team 18 Αυγούστου 2018 | 18:05
Share
Δείτε επίσης
Περισσότερα άρθρα για Αγγλική έκδοση
Mario Draghi has a prominent position in the EU architecture Editorial: Alliance
After a certain point, the necessary caution is a matter of personal responsibility Editorial: COVID-19 and personal responsibility
Extremists still constitute a threat Editorial: Threat
A consciously responsible stance is needed Editorial: Maintaining COVID-19 alertness
The late PM Constantine Karamanlis famously said, 'We belong to the West' Editorial: Contradictions
The end of EU enhanced fiscal supervision signals the exit from the tunnel Editorial: Breakthroughs
Head of Greek Pomaks’ Association rips into Erdogan’s revisionist expansionism
All Greek governments since Andreas Papandreou's demanded the return of the Marbles Osborne: ‘Deal to be done’ on sharing Parthenon Marbles
All efforts toward a radical resolution of the refugee problem have failed Editorial: The end does not justify the means
France's centrist forces are rallying behind President Emmanuel Macron Editorial: The political centre
The Germans are returning, this time not to impose their will but to cooperate Editorial: Greece as a bridge between Western Balkans, EU
The demographic crisis must be managed swiftly Editorial: Demographic crisis
There was a Jewish presence in Thessaloniki even in antiquity, and the Apostle Paul preached in its synagogue Leon Saltiel: Glimmers of hope in battling Greek antisemitism
Investment will also play a pivotal role Editorial: The dynamic of the Greek economy
Universities will be given more control over their affairs Editorial: Reforms must be implemented swiftly