It is not by chance that the delays in delivering justice are considered, and indeed are, the Achilles’ heel of the judicial system. This is especially true today, when the time required to adjudicate a case is directly linked with much-needed economic growth. 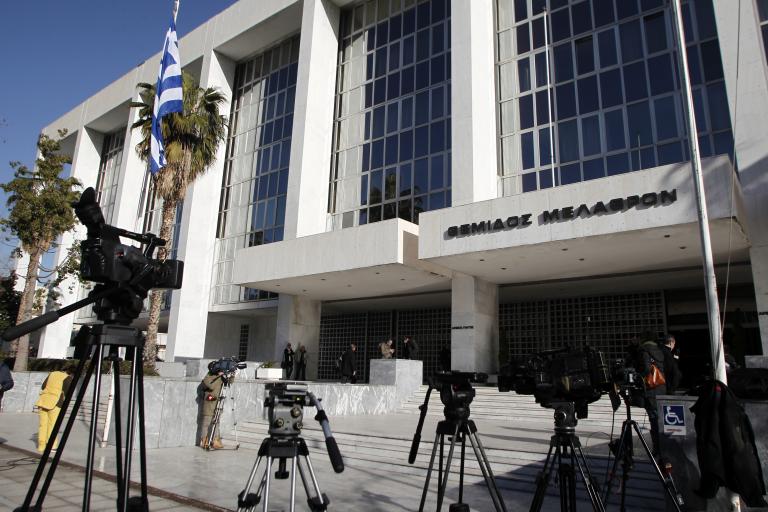 What is the oldest, but for years unsolved, problem of the Greek justice system, the repercussions of which have a negative impact on investments?

It is the huge delays in justice being served, which in all too many cases ends up being justice denied.

It is not by chance that the delays in delivering justice are considered, and indeed are, the Achilles’ heel of the judicial system. This is especially true today, when the time required to adjudicate a case is directly linked with much-needed economic growth, and no one can overlook the economic dimension of the operation of the judiciary.

Once again, according to official data from the World Bank, the Greek justice system moves at the pace of a tortoise, not the one in Aesop’s fable, but rather the one in contemporary Greek reality.

The numbers highlight the ailments of the judicial system in most eloquent manner. The World Bank data show that to adjudicate a case in Greece, it takes on average 1,580 days, or about four years. That gives Greece one of the worst records among the 47-member-states in the Council of Europe. In Bulgaria the average is 564 days, while in Albania it is 523 days.

One need only consider that there are inheritance law cases in which it takes nearly three decades to take them to the highest level and receive a final, irrevocable decision.

What makes the situation more dramatic, according to European Commission data, is that the Greek justice system receives the lowest marks when it comes to the use of information technology in managing caseloads, and the second lowest grade when it comes to using electronic communications for the court’s contacts with the parties to a case.

The prevalent situation as regards the time it takes for justice to be delivered is –even though the quality of decisions handed down is considered high in terms of legal reasoning – discourages prospective investors in Greece, because the many years it takes to deliver a ruling lowers the index of legal security.
Every investor wants to know that in the event of a judicial contest, it will have been completed within a reasonable timeframe. Yet, when it takes five or more years to adjudicate crucial cases, then investment planning is impossible, and interest in investments is lost.

Delays in delivering justice have cost Greece over eight million euros, as the country has had many cases filed against it at the European Court of Human Rights at Strasbourg for violating a basic provision of the European Convention on Human Rights, which says that judicial cases should be adjudicated within a reasonable timeframe.

Indeed, a law was passed at the end of 2012 which offers citizens who have faced serious problems with judiciary the possibility of filing a compensation claim with the Council of State.

Though there have been many initiatives to solve the problem over the last years, no solution has been found. Justice Minister Stavros Kontonis has said that one of his top priorities is greatly abbreviating the timeframe in which rulings are delivered.

The institution of the judicial mediator that was recently passed into law, and the forthcoming creation of a Judicial Police (a longstanding demand of judicial functionaries) are efforts to marshal contemporary legal tools that give momentum to the necessary modernisation of the justice system.

Yet, those in the know say that the hiring of more tenured judges, prosecutors, and judicial functionaries, must be viewed as an urgent priority, as should expanding infrastructure and courtrooms and the use of computers. That, combined with decriminalising petty crimes, can help make the wheels of the Greek justice system turn more rapidly.

TANEA Team 13 Φεβρουαρίου 2018 | 14:47
Share
Περισσότερα άρθρα για Αγγλική έκδοση
Tsipras posts on the social media and frequently as possible Editorial: Obligations
Universities have become a sort of state within the state Editorial: Enough is enough!
Nobody for whatever reason has the right to beat a professor Editorial: Zero tolerance
The shift in America’s priorities should come as no surprise Editorial: Fluidity
We have the weapons, the experience, and obviously the collective will Editorial: Transcending the pandemic
How do you negotiate with Vladimir Putin? Editorial: Dilemma
Editorial: Phenomenon
Maintaining tensions does not contribute to dialogue or good neighbourly relations Editorial: Pragmatism in Greek-Turkish relations
The alarm bell of daily life is urgently ringing Editorial: Alarm bell
We believe that the projections of scientists are exaggerated. They are not. Editorial: Living dangerously
It is up to us to exit the pandemic on our feet Editorial: Caution
The cost of a total lockdown would be very high for the economy Editorial: The need for personal responsibility, again
Banks – They secure short-term loans to provide new ones
Price increases in energy threaten the viability of businesses
Tax clearance certificate – What to expect in 2022