Britain in Balkans to stay, call for FYROM Nato entry, even without name solution

'The Government should support measures to help Macedonia join NATO, with or without a solution to the name issue,' the report states. 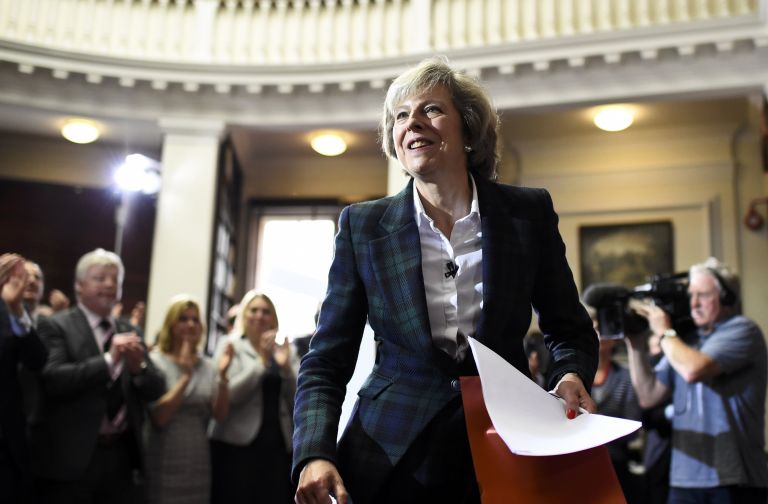 As the Greek political establishment remains preoccupied with the domestic repercussion of the huge FYROM naming protest, a report prepared for the House of Lords calls on the British government to push Skopje’s admission to Nato, even without a settlement on the naming and identity issues.

“The Government should support measures to help Macedonia join NATO, with or without a solution to the name issue,” the report states.

It was drafted by the Select Committee on International Relations, which is appointed by the House of Lords in each session “to investigate the United Kingdom’s international relations”.

“NATO membership and cooperation could enhance the peace and stability of the region. We agree with the Government’s continuing support for the membership ambitions of Bosnia and Herzegovina and Macedonia. Providing they meet the requirements for membership, their accession would be a welcome step towards greater stability in the region,” the text read.

The report also cites a 17 January, 2017, speech delivered by Prime Minister Theresa May, in which she “identified the Western Balkans as a region in which the UK government has played, and will continue to play, an active role in promoting European prosperity, stability and security”.

At the same time, the Commonwealth Office (FCO) stated, “In recognition of the challenges in the region and our interests, we plan to increase our level of engagement and spend in the coming years.”

“This initiative, coming at an important stage of the Brexit negotiations, would demonstrate that the Government is indeed not leaving Europe when it leaves the EU.”

The parliamentary report presents an overview of Skopje’s stance towards Nato membership, which takes precedent over EU accession.

“In Macedonia NATO membership is popular (and a more immediate priority than EU membership). The Foreign Minister, Nikola Dimitrov, said that over 70% of the population were in favour of joining. Mr Dimitrov said that membership would prove “that Macedonia is here to stay and within these boundaries”. However, progress towards membership has been blocked by Greece’s objections to the country’s name,” the report noted, acknowledging that Skopje’s Nato accession would be difficult without a settlement.

“The Government’s position was that the UK would “encourage discussions between Athens and Skopje … using and identifying opportunities where we can offer practical and more active support.”

TANEA Team 6 Φεβρουαρίου 2018 | 21:08
Share
Περισσότερα άρθρα για Αγγλική έκδοση
Balances with the Russian side are very delicate and must be maintained Editorial: Composure
'Greece is a significant and wise actor in this part of Europe' Kosovo FM Donika Gervalla–Schwarz: ‘We are not begging for recognition from Greece’
People want answers, persuasive plans, and arguments Editorial: Maturation
The pandemic and citizens’ fears regarding inflation have shocked households Metron Analysis poll: SYRIZA trails New Democracy, KINAL-PASOK skyrockets
It is imperative for the weapons programme to be implemented immediately Editorial: Arrivals
The charges of the victim garnered attention nationwide Editorial: Support
Greece is a peaceful Western country Editorial: Vigilance
Both SYRIZA and PASOK are in a transitional phase Editorial: Changes
Tsipras posts on the social media and frequently as possible Editorial: Obligations
Universities have become a sort of state within the state Editorial: Enough is enough!
Nobody for whatever reason has the right to beat a professor Editorial: Zero tolerance
The shift in America’s priorities should come as no surprise Editorial: Fluidity
We have the weapons, the experience, and obviously the collective will Editorial: Transcending the pandemic
How do you negotiate with Vladimir Putin? Editorial: Dilemma
Editorial: Phenomenon